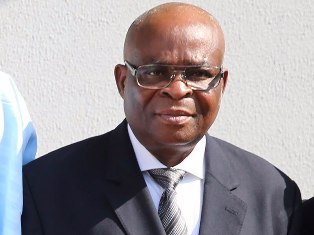 Senior lawyers on the defence team of the Chief Justice of Nigeria, (CJN), Walter Samuel Onnoghen, led by Wole Olanipekun have arrived at the Code of Conduct Tribunal (CCT).

On the prosecuting tea for the Federal Government are : Umar Aliyu (SAN) is already in court and he is expected to lead the prosecution team.

He was the prosecutor during the trial of Senate President Bukola Saraki and his deputy, Ike Ekweremadu before an FCT High Court.

Recalled that the Federal Government, in a six-count charge filed at the CCT on January 11, accused the CJN of failure to declare his assets between June, 2005 and December, 2016 contrary to provisions of section 15(1) of the Code of Conduct Bureau and Tribunal Act Cap C15 LFN 2004 and punishable under section 23(2) a, b, and c of the same Act.