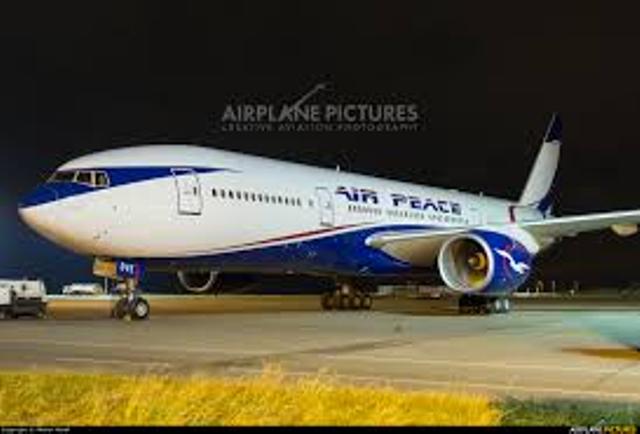 Air Peace has stated that it would commence daily flights into the Nigerian Air Force (NAF) Base in Port Harcourt, Rivers State on January 18.

A statement issued by the airline’s Corporate Communications Manager, Mr. Chris Iwarah confirmed that the airline would operate from the Murtala Muhammed Airport 2, Lagos and the Nnamdi Azikiwe International Airport, Abuja into and out of the Port Harcourt NAF Base.

The operations, he said, would be managed by the carrier’s subsidiary, Air Peace Hopper as part of its no-city-left behind project targeted at connecting underserved and un-served domestic and regional routes.

“We are delighted to announce the commencement of our flight operations from the Murtala Muhammed Airport 2, Lagos and the Nnamdi Azikiwe Airport, Abuja to the Nigerian Air Force Base, Port Harcourt, Rivers State starting from Friday, January 18, 2019.

“Our valued customers had yearned for the extension of our flight operations to the Port Harcourt NAF Base and we are quite pleased to respond to their request to enter the route.

“The new route is in fulfillment of our promise to connect more unserved and underserved routes in Nigeria and West Africa this year. Our flights to the NAF Base would be of great service to especially the military and security community as well as other travellers who seek an alternative terminal to the Port Harcourt Airport, where we currently operate several flights into daily.

Air Peace currently operates into and out of 14 domestic and five regional destinations, including Accra, Banjul, Dakar, Freetown and Monrovia.