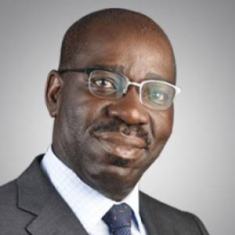 The Edo State Government has issued fresh alert to residents in the state following report of outbreak of the deadly Lassa Fever disease in other parts of the country.

The state government posited that the situation is further compounded by bush burning and other activities that drive rats from the wild into people’s homes.

A statement issued by the Special Adviser to the Governor on Media and Communication Strategy, Mr. Crusoe Osagie, said, “We want residents in the state to take extra precaution against Lassa Fever disease. The disease is prevalent during dry season as burning of surrounding bushes is common practice. The rats which spread the diseases may find shelter in human habitation as a result of bush burning.”

He urged residents in the state especially those residing in endemic areas to adopt preventive measures in order to ward off the disease.

According to him, “Governor Godwin Obaseki has made efforts to halt the spread of Lassa Fever in the state. If residents ignore this warning, it may expose them to the disease, as experts have linked the dry season when bush burning is rampant to the resurgence of the disease.”

“It is important for residents in the state to be cautious to guard against the resurgence of the disease,” he added.

To prevent Lassa Fever, he advised that “People should protect their foodstuffs and water from rats through storage in well covered containers.

Avoid bush burning that can drive rats into people’s homes from the surrounding bush. The environment should be clean always.”

“People should ensure that they wash their hands frequently in addition to avoiding contact with infected persons. Any person with fever should go the hospital promptly. Eliminate rats from your homes and communities. Cook your food thoroughly.”

He continued, “Residents in the state should avoid eating raw food that are not properly stored in covered containers. If possible, people should suspend the drinking of garri.”

Be the first to comment on "Lassa Fever: Edo Govt. Issues Fresh Alert"