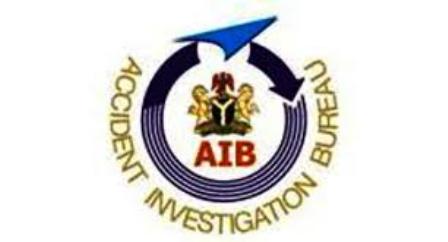 …Commends Staff For Their Support

The Commissioner, Accident Investigation Bureau (AIB), Engr. Akin Olateru, has stated that in 2019, he would upgrade the bureau’s infrastructure, ensure constant review of its systems, processes and procedure, and invest more on human capital development.

All these, he noted would make AIB world class institution and an enviable place to work.

The AIB boss however called on the staff to prepare to work and tighten their seat belts for greater work deliveries, assuring that they would do so in the most cordial manner fostering an even better working relationship with dynamism.

On his New Year Message to the workers, Olateru disclosed that the feat achieved by the aviation agency was even more appreciable by the laurels AIB won at NIGAV Awards 2018, stressing that it was made possible by management and staff of the agency, who according to him worked tirelessly to make the agency one of the most vibrant in 2018.

According to him, “We shall be better than before. We will do more in upgrading our infrastructure, equipment and invest more on human capital development. All these I believe will make AIB a world class institution and make it an enviable place to work”.

“I therefore call on us all to roll up our sleeves, tighten our seat belts and be prepared f or greater work deliveries. This we shall do in most cordial manner fostering an even better working relationship with dynamism,” he said.

He commended the entire AIB team for the unalloyed support and cooperation he had enjoyed working with each and every one of them through 2018\, adding that although year 2018 came with its highs and lows, the sense of commitment was unparalleled in the way each one contributed to the call to duty.

In his words, “I take this auspicious moment to applaud our corporate hard work and synergy and to say well done for a good job in 2018. We will not rest on our oars but must be determined to make more successes than we have recorded.”

Recalled that AIB was one of the stand-out agencies in the sector with many of the reforms put together by Olateru, an aircraft engineer in less than two years he assumed leadership of the organisation.

The speedy release of accident reports that had gathered dust on the shelf and other measures led to the commendation by the highly revered United States National Transportation Safety Board (NTSB) for its rich accident investigation programmes, which are expected to enhance air safety in the country.

Be the first to comment on "2019: Olateru Promises To Upgrade AIB’s Infrastructure, Review Systems, Processes"