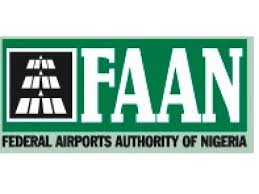 As yuletide approaches, the Federal Airports Authority of Nigeria(FAAN) has assured air travelers and other airport users that its network of airports across the country are fully prepared for the usual surge in passenger traffic that is the norm during the season.

The assurance was given in an online statement issued by the General Manager of Corporate Affairs, FAAN, Mrs. Henrietta Yakubu and made available to aviation correspondents in Lagos.

She stated that in preparation for the season and beyond, “we have beefed up security at all airports, especially the major international gateways in Lagos, Abuja, Port Harcourt and Kano.”

The statement added that FAAN is improving on its facilities and infrastructure to ensure maximum comfort for all airport users.

To buttress its point ,FAAN in the statement noted that recently, a brand new international terminal was commissioned for use at the Port Harcourt International Airport and that a similar facility was also commissioned in Abuja on Thursday December 20, 2018.

“At our premier airport, the Murtala Muhammed Airport, Lagos, the VIP lounge has been renovated to enhance passenger comfort; the carousels are working optimally, amidst other facilities upgrade currently on going. The stories are similar at all other airports, as the authority has put in place facilities, procedures and systems to ensure maximum comfort, safety and security of airport users during this season and beyond,” the statement said.

FAAN appealed to passengers to please get to the airports early to conclude all check-in procedures in good time,to avoid the experience of missing their flights.

This, FAAN said is important because of the heavy passenger traffic that is usually the experience around this time and also due to ongoing construction works around the Lagos and Abuja airports.

FAAN, the statement restated would continue to deliver on its core values of safety, security and comfort.