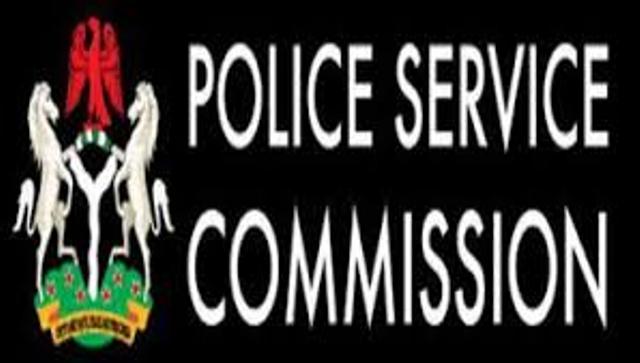 A Non Government Organisation (NGO) Gani Fawehinmi Memorial Organisation (GAFAMORG) has instituted a suit before a Federal High Court, Lagos, seeking to stop the alleged proposed demotion of about 4,000 police officers, who were promoted between 2016 and 2018.

Joined as defendants in the suit marked FHC/L/2011/2018, are: the Police Service Commission (PSC) and Inspector-General of Police (IGP).

The NGO is seeking a declaration that the promotion of 45 officers attached to IGP Intelligence Response Team (IRT) and other 3791 officers promoted between 2016 and 2018, under the chairmanship of IGP Mike Okiro (rtd) have not been indicted for any offence, misconduct or misdemeanor and that the present board of PSC has no right to pencil them for demotion or relegation as being presently attempted

It also seeks a declaration that the planned demotion of any and or all the officers dully promoted by the PSC in plenary between 2016 and 2018, following the recommendation for their promotion by IGP on the ground on degree of their efficiency, intelligence and good conduct displayed in the performance of their duties in line with the provisions of Section 149 and 165 of the Police Act and Regulations is null and void and ultra vires their power. And that the said police act without extending same to police officers promoted on the same conditions since the inception of PSC is discriminatory and violation of section 42 of 1999 Constitution (As Amended).

Consequently, the plaintiff wants the court for an order of perpetual injunction restraining the defendants from demoting more than 45 officers attached to IGP-IRT and 3791 police officers duly promoted by the PSC under the leadership of Dr. Mike Okiro , as their promotion follows the laid down procedure and rules associated with such special promotion.

The plaintiff also want the court to make an order perpetually restraining the present constituted PSC from issuing query, discipline against any of the 45 officers attached IGP-IRT and other 3791 gallant officers promoted between 2016 and 2018, in relation to the promotion, the subject matter of this suit.

It was want the court to make an order of perpetual injunction restraining PSC from ordering or compelling IGP to demote the said promoted officers between 2016 and 2018, in relation to their promotion and the subject matter of this suit.

The plaintiff in its affidavit deposed to by a legal practitioner, Debo Adeleke, stated that the suit was instituted in public interest and in defence of constitution of the Federal Republic of Nigeria, 1999 (as amended). And that what prompted the suit was recent press conference by the PSC’s Head of Press and Public Relations, Ikechukwu Ani, on Tuesday, October 2, 2018, wherein he confirmed to journalists that PSC has setup a panel headed by a retired Justice of Supreme Court, Justice Clara B. Ogunbiyi, to review promotions made between 2016 and 2018.

The deponent stated that the said planned demotion of all officers promoted between 2016 and 2018, was earlier confirmed by Mr. Olayinka Balogun, a retired Commissioner of Police and Personal Assistant to the Chairman of PSC, Alhaji Musiliu Smith IGP (rtd), on September 19, 2018, at the officer of Commissioner of Police, Oshogbo, Osun State.

Adeleke also stated that consequence upon the remarks of CP Balogun and Ikechukwu Ani, he was mandated by the plaintiff to write a letter dated October 4, 2018, to the Chairman of PSC to among other things plead for the change of the planned action and to serve as a pre-action notice on PSC.

The letter, he said has not been responded to by the first defendant.

He further stated that all the officers promoted between 2016 and 2018, were promoted based on gallant performance and they have since been decorated and have been wearing the new ranks which further motivated them to be more productive, adding that the planned demotion of the said officers if carried out will adversely affect on their psychic, morale and performance and that consequently, security of the entire Nigeria will be greatly affected.

The suit is yet to be assigned to any judge and no date has been fixes for hearing.

Be the first to comment on "NGO Sues Police Service Commission Over Attempt To Demote 4,000 Officers"