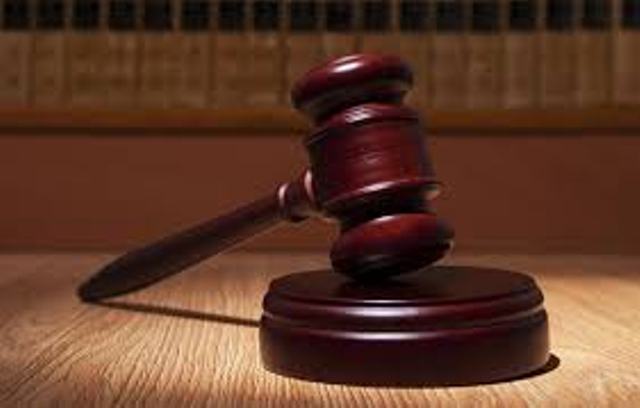 A former Acting Managing Director of Century Microfinance Bank Limited, Olise Robinson, was today, convicted and sentenced to a total of 19 years imprisonment for stealing N29 million belonging to the bank.

The former bank boss was handed down the jail terms by Justice Okon Eferiti Abang, who found him guilty of five counts charge of stealing, forgery of signature and uttering of documents, which he used in carrying out the fraudulent act, criminal breach of public trust made against him by the Police’s Special Fraud Unit (SFU), Alagbon-Ikoyi, Lagos.

The convict was said to have committed the fraudulent act while acting as the bank’s head between June 2008 to November 2009.

During the trial of the matter, the prosecution led by Barrister Chukwu Agwu called four witnesses, who testified against the convict, as well tendered several exhibits.

The convict did not call any witness.

Convicting the former bank manager today, Justice Abang said, “the defendant failed to give evidence that he didn’t received the amount and no evidence from him that he invested the money in Central Bank of Nigeria (CBN) Treasure Bill.

“The prosecution has been able to sufficiently proved the essential ingredients of the allegations against the defendant. Consequently, I found the defendant guilty of all the counts of the charge”.

Following the judge’s pronouncement, lawyer to the convict, Mr. Oyelola Damilola, in his allocutus, pleaded with the court to tamper justice with mercy in sentencing his client, as he is the only breadwinner of his young family.

Oyelola said the convict is a first time offender, who has no previous criminal record and that he has been remorseful of his act.

Responding, the Prosecutor, Mr. Agwu, urged the court to discountenance the convict’s counsel plea, as the convict never show any sign of remorsefulness while the trial lasted.

Upon listened to the submissions of the counsel, Justice Abang said, “I have considered the allocutor made by the convict’s counsel, this is a case that the convict is a harden criminal that has no human sympathy. He was entrusted with investors monies, he inflicted pains on the investors, who lodged their monies in his bank while he fraudulently moved the money to his account in Guaranty Trust Bank (GTB).

“He is an avenger of evil, he is a fraudulent and lawless person. He planted thorns, he is not expecting to gather flowers. Drastic situation deserves drastic solution.

“The terms of the sentence are to run concurrently”.

In the charge, the convict was said to have converted the sum of N5 million which was meant to buy CBN’s Treasury Bill by the bank.

He was also said to have fraudulently withdrew the sum of N100, 000, for 15 months, which he claimed was security vote without any approval and which he was unable to account for.

He was also said to have fraudulently diverted the sum of N9 million of different investors of the bank to his private account with GTB. While also accused of forging several documents of the bank in cover up his heinous crime.

Count one of the charge against the convict reads: “that you Olise Robinson ‘m’ between the month of June 2008 and November 2009 within the jurisdiction of this court being an acting General Manager of Century Micro Finance Bank Ltd, did steal the sum of N29, 000,000.00 (Twenty Nine Million, Naira Only) property of Century Micro Finance Bank Ltd and thereby committed and offence punishable under section 390 (6) of the Criminal Code Cap C 38 Vol. 4 Laws of the Federation of Nigeria 2008 “.