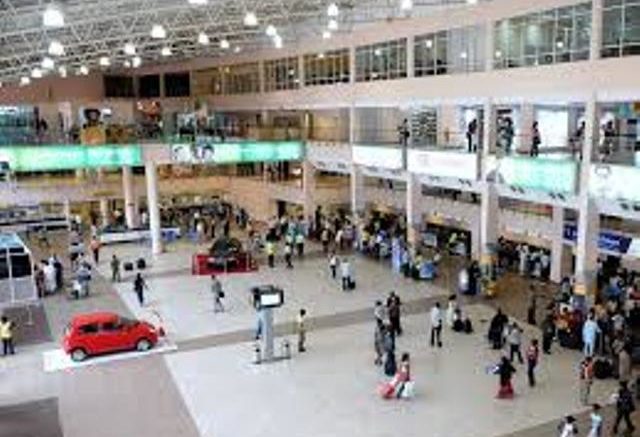 …Insists MMA2 Not Indebted To FAAN

…Says Withdrawal Of FAAN AVSEC Will Not Jeopardises Security At Terminal

The management of Bi-Courtney Aviation Services Limited (BASL), operators of the domestic wing of Murtala Muhammed Airport Terminal Two (MMA2), Ikeja, Lagos, has restated its commitment to ensure seamless flight operations and services at the terminal.

This is coming on the heels of the release by the Federal Airports Authority of Nigeria (FAAN) in the form of a Notice To Airmen (NOTAM) that with effect from Monday, December 10, 2018, Aviation Security Personnel will be withdrawn from the terminal.

This action is due to alleged financial infractions against BASL.

Recalled that FAAN had threatened to withdraw its personnel from MMA2 due to alleged indebtedness to the tune of N1, 943,323,516.50 billion.

In a letter dated October 30, 2018 to BASL pertaining to the outstanding personnel costs for FAAN staff deployed to MMA2, demanding Bi-Courtney to pay for the provision of the Aviation Security, Rescue and Fire Fighting Services as invoiced by FAAN among other charges or face withdrawing its personnel. BASL added that this was formally responded to in a letter addressed to FAAN reiterating BASL’s stance on the demands for payments of purported outstanding liabilities.

“We have consistently brought it to your notice that we have a judgment credit of N132, 540,580,304.00 (one hundred thirty-two billion, five hundred forty million, five hundred eighty thousand, three hundred four Naira) since 03 March 2009. This credit arose directly from the non-implementation of the Concession Agreement by the appropriate authorities. The Courts have consistently ordered that any liability we have to FAAN or any federal government agency should be deducted from this amount”,         BASL stated letter.

BASL argued that despite the receipt of its response, FAAN flagrantly disregarded several court orders including the most recent with reference Suit Number – FHC/ABJ/CS/1422/18/ issued on Wednesday,November 28, 2018 pertaining to the matter, duly served to FAAN, ordering that “the status quo be maintained and that nothing that may disrupt and / or hinder the operation of the Airport should be done pending the hearing and determination of the Motion on Notice”.

BASL added that it went on to state that ample safety and security measures have been put in place to ensure the withdrawal of FAAN personnel does not in any way impede or disrupt smooth flight operations and other business activities at the terminal, reiterating that there are adequately trained and NCAA certified personnel to man the various parts and all sensitive points at the terminal.

An online statement issued by BASL management, stated that since inception, BASL has trained its own Aviation Security (AVSEC) personnel to work along with FAAN security at the terminal.

It added that since 2016, BASL have been performing the same service that FAAN performs in its absence, adding that staff were trained in accordance with the National Civil Aviation Security Training Programme (NCASTP) in respect of X-ray Image Interpretation and physical security screening.

The statement noted that the withdrawal of FAAN personnel would not in any way jeopardises security levels, stressing that it is known that the NCAA have conducted numerous audits on FAAN personnel at the terminal and that the audit revealed that many of the staff were absent and that the required number were not on duty or do they have the requisite training.

BASL assured air operators and the travelling public that the regulatory requirements for security and safety would be strictly adhered to and complied with in full.

BASL, the statement stated was prepared and continues to consistently ensure safety, security and smooth operations at MMA2, without entertaining compromise on aviation best practices.