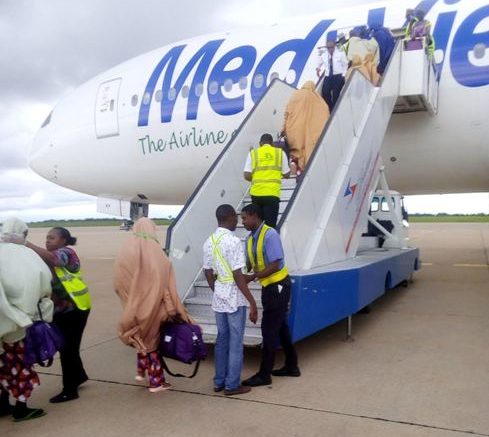 Med-View Airline said yesterday that it would re-launch the Yola and Maiduguri routes on Tuesday, December 18 and increase flights on Lagos-Abuja route, using the B737-800 NG aircraft.

The decision to re-start the Yola and Maiduguri  routes followed the return of some of its aircraft that went for maintenance abroad.

An online statement issued by the airline’s Head of Commercial, Mr. Trevor Henry stated aid the re-launch of its traditional routes was anchored on the re-fleeting programme of the airline

According to the statement the number of flights on the Lagos-Abuja route will increase to three daily round trips on weekdays to offer better departure timings throughout the day.

Henry commended the Med-View passengers for their continued patronage and assured them of better customer service and reliability.

Med-View’s management in the statement said it wishes all its loyal passengers a Happy Festive Season and a prosperous New Year in advance.

Be the first to comment on "Med-View Airline Re-Commences Flight Operations On Yola,Maiduguri Routes Dec. 8"