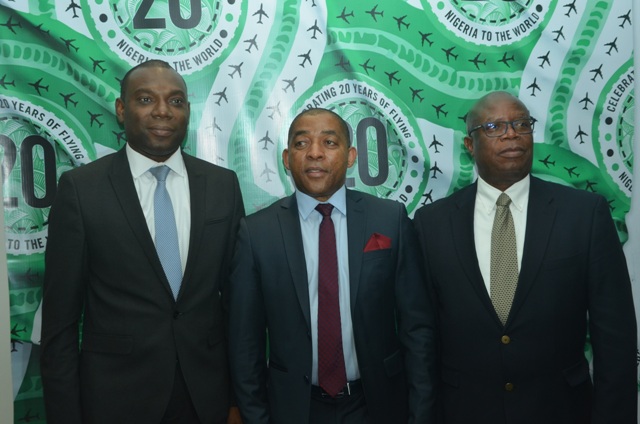 …As Airline Celebrates 20 Years Of Seamless, Safe Flight To Nigeria

…Transports Over 3 Million Passengers From 1998 Till Date

The leading carrier in the Sub-Saharan Africa region, South African Airways (SAA) has stated that it would take three years for the airline to breakeven, as it celebrates 20 years of non-stop operations between Johannesburg and Africa’s most populous city, Lagos, Nigeria.

Recalled that that SAA commenced flight operations Lagos, Nigeria on December 4, 1998, after the Bilateral Air Service Agreement (BASA) between the two countries was signed.

Speaking at a media briefing today to mark the 20th anniversary of the airline on the Johannesburg —Lagos route, the Group Chief Executive officer of the airline, Vuyani Jarana stated that it would take the airline to return to profitability, adding that the airline was making good progress.

According to him, “We have a turnaround plan and it is going to take three years to breakeven and we are making good progress.”

Speaking further, the group CEO said that it was a well known fact that SAA has gone through difficulties and that there had been efforts at different times at turning the carrier around.

He stated that what SAA lack was not strategy but that what was missing is the execution of strategies, adding that, “What we have in the new management is the will to execute strategies.

Jarana added that the second thing the new management is doing is not only to take out the cost and but to also serve the customers better and make them chose SAA above other airlines.

According to him, “We are balancing scale and profitability. We will not trade profitability with scale. We don’t want to fly around the world when we are not making profit. We have to look at what the market wants and not necessarily what we want.”

He appealed to South Africans to be patient with the new management, as it executes the strategies to turn the airline around.

On the Nigeria market, Jarana pointed out that Nigeria is a very important market to SAA and that Nigerians flying the airline deserves great service. The Group CEO added that the importance attached to the Nigerian market necessitated the new management to deploy a brand new A330 –300 series aircraft on the Johannesburg –Lagos route.

“By doing this we are responding to market demand,” he said.

Recalled that SAA operated several aircraft on the route, from the initial Airbus 300 series, which had to make a technical stop en-route in Luanda to the Boeing 767 and the B747-400 and to the Airbus A340–600, which was then replaced by the current state of the art Airbus A330-300 aircraft.

He added that the opportunities in the Nigerian market is bigger than Johannesburg—Lagos and that the airline is looking at trade and investment.

According to him, “The Nigeria operations rank amongst SAA’s most profitable and we want to continue to support this important destination by continuously improving the overall customer experience and exploring new opportunities. This will enable us to retain our market position as the carrier of choice amongst the Nigerian travelling community. Our understanding of our customer profiles who travel in both business and economy class cabins, is one of the reasons we decided to deploy the A330-300 aircraft which responds well to the needs of this market,”

On the number of passengers, the airline has flown on the route, since it began operations in 1998, the Group CEO said, “Nigeria is among the top destinations to which we fly, and over the past 20 years SAA has transported over three million passengers into the region and we will continue to listen to our customers to ensure we are providing them with the best possible service for continued loyalty. Reinforcing our legacy of exceptional service, SAA was recently voted Best Airline Staff in Africa at the World Aviation Awards.”

Be the first to comment on "SAA Requires Three Years To Break Even— Jarana, Group CEO"