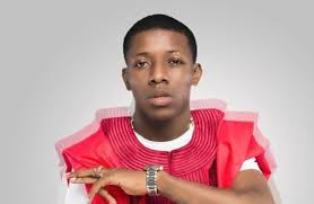 Chief Magistrate A. O. Komolafe (Mrs.) of an Ebute-Metta Chief Magistrate’s Court, Lagos, today, advised the hip pop musician, Temitope Adekunle, a.k.a. Small Doctor and three of his band members to be of good behaviour.

Other respondents counselled to be of good behaviour by the Chief Magistrate in a civil suit marked 3564/2018 are: Dare Osho, Sanusi Lateef and Hussein Darego.

Mrs. Komolafe gave the advice while delivering ruling in a motion ex-parte brought before the court by the police from the State Criminal Intelligence and Investigation Department (SCIID), Panti-Yaba, Lagos, seeking a binding order against the musician and others.

At the proceedings today, the musicians were represented by Mr. Yakubu Eleto, Akeem Shittu and other lawyers.

The police in a motion exparte filed and argued by Barrister Cyril Ajifor, an Assistant Superintendent of Police (ASP), has asked the court for an order requiring the musical star and other respondents to execute or enter into a recognisance with sureties to keep the peace in Shogunle and its environs of Lagos, for a period of one year and should not for that period engage, recruit, instigate or incite any member of the community to cause breach of public peace or disturb peace within or outside the community. and any other order court may deem fit.

The motion exparte was supported with a seven-paragraph affidavit deposed to by Inspector Kasali Saturani, who stated how the respondents were with a double barrel English made pistol at Shogunle area of the State.

ASP Ajifor also told the court that the order sought was brought on three grounds and a written address which stated legal reasons why the court should make an order binding all the respondents.

Upon hearing from the police lawyer, Chief Magistrate Komolafe (Mrs.) while releasing Small Doctor and other respondents to two sureties with N5 million bond each, made an order binding them for a period of one years, not to engage, recruit, instigate or incite any member of the Shogunle community and Lagos State by extension, to cause breach of public peace or disturb peace within or outside the community and Lagos State.

Be the first to comment on "Illegal Possession of Firearms: Court Tells Musician, Others To Be Of Good Behaviour"