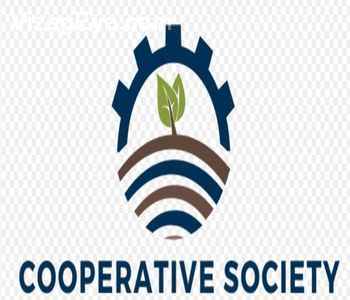 The Federal Ministry of Transport and Aviation (FMT&A) Cooperative Society has trained over 200 members in the area of entrepreneurship and retirement planning.

According to the society, the move is part of its objectives to continuously build capacity for their members.

The members drawn across the various sectors benefitted from different training programmes at different times, while a lot more are still waiting to be trained.

This just as the body appealed to members, who have not benefited from the programme to be patient, adding that it has developed a long term plan to ensure all members benefit at the end of the day.

Sotin stated that in the last one year, the management committee had not only worked assiduously to ensure that the society does not derail from its upward trajectory, but that it had also ensured that value was added to the financial and economic well being of their esteemed members.

According to the President, impressive result of the Society has been quite instrumental to the growth of their membership base which has reached, adding that “In the year under review, a total of 517 new members joined the Society from all sectors”.

To this end, Sotin hinted that more members are joining the society on a daily basis and this has continued to reflect positively in their long term strategic economic plan.

Speaking on projects, Sotin said, “since the completion of the guest house project last year, operations have commenced fully at the facility. Within the first six months of operation, the facility generated over 10 million naira in revenue. This prompted management committee to consider conversion of the multipurpose hall to rooms to increase revenue as the hall was not contributing much to the commonwealth of the Society”.

“Consequently, the multipurpose hall was converted to six rooms in addition to the sixteen earlier completed. One of them designated as office for the guest house staff,” he added.

From June 1st, 2018, when operations commenced in the five additional rooms after completion, to the 26th September 2018, the five rooms generated over 3.6 million naira”.

With new management of their showroom, Sotin pointed out that prices of their products are now very competitive and has generated N3.2million so far

Sotin also said that their land projects located at Ilogbo, Ikorodu, Ofada phase 1 and 11, Agbara are being monitored for complete development in the overall interest of all the members.

On the society’s school facility at Alakuko in Lagos, Sotin, said, “You will also recall that at the last AGM, we reported that in line with Cooperation Among Cooperatives strategy, we jointly acquired a Private School facility with our sister Cooperative Society, Fire Coop, the first of its kind in Lagos. We are happy to inform you that we have been able to complete the change of name process with the Lagos State Ministry of Education. The Ministry has granted approval for the school to be renamed; Aviation Cooperatives Nursery & Primary School and Aviation Cooperatives Secondary School. We have commenced the process of renovating and repositioning the facility for take-off and we hope to conclude that within the earliest possible time”.

Reacting to complaints from members requesting that as a Federal Institution, the Society by right should be regulated under the Federal laws, Sotin said, “We also received some petitions from some members from the Ministry of Transportation and Aviation, Abuja corroborating the position. They enumerated grants, loans, federal land acquisition, Mortgage opportunities, and trainings etc. as benefits accruable to members of the body. We also investigated and confirmed that these are facts. Consequently, Management Committee, after due consultations with members and key stakeholders commenced the process of registration with the Federal Department of Cooperatives, Abuja, in April, 2018. It was a very rigorous process, but Im glad to inform you that we have completed the registration process and our certificate of registration was issued in September, 2018.”

He stated that after much consideration, Management Committee had decided that effective 2016, all existing members at the time the project was completed are automatic shareholders in the facility.

As part of efforts to empower their members further, the President said that, “All existing members till December 2016 will receive annual dividends from the Society, separately from the normal dividend. I am glad to inform you that as soon as this year’s account is approved by this esteemed sitting, we shall instruct our bankers to start paying the dividends. Some members might even receive both dividends before departing from this gathering”.

Be the first to comment on "FMT& A Cooperative Society Trains Over 200 Members On Entrepreneurship, Retirement"