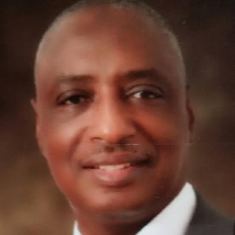 * The Rector of NCAT,Capt. Abdulsalam Mohammed,

The Nigerian College of Aviation Technology (NCAT) has disclosed that come next year NCAT would introduce an automatic fire simulator in Zaria to simulate fire emergencies as part of efforts to raise the bar of the Cabin Crew profession .

This is just as he stated that the collage has again been voted to receive the award for the institution with the highest number of instructors in the world for the third year running.

The NCAT Rector, Capt. Abdulsallam Mohammed disclosed this in an interview with newsmen at the 2018 Cabin Crew Fair in Lagos organized by MamaJ Aviation Consult Limited.

He stated that the school was recognised by the International Civil Aviation Organisation (ICAO), as a regional training centre of Excellence.

He noted that the Cabin Crew that were train ed in Zaria were rated on the Boeing 737.

Capt. Abdulsalaam stated that NCAT would introduce an automatic fire simulator in Zaria next year to simulate fire emergencies as part of efforts to raise the bar of the Cabin Crew profession .

“On our part what we are doing to raise the bar in cabin crew training is that we are introducing an automatic fire simulator in Zaria next year the project will be completed, it is first of its kind in this part of Africa, we will be able to simulate scenario that are related to fire and smoke such as seat fire, cabin fire, lavatory and gale fire, so the cabin crew will be able to have a better understanding of these emergencies and become better trained”, he said.

He commended MamaJ Aviation Consult Limited, the organizer of the Cabin Crew Fair 2018  for orgnising such  programme to bring cabin executives together to brainstorm and network on how to take the profession to the next level, adding that the turnout of was a testimony that the fair had imparted positively on the industry.

“Most definitely, I was pleasantly surprised by the number of people that turned up, virtually every seat is taken so that goes to show that more people are becoming aware of this and more people are showing interest and I believe that the organizer, MamaJ has done a good job and am sure that next year she will need a bigger space for this fair”, the Rector said.