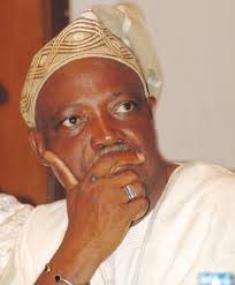 A former Deputy Speaker of the Oyo State House of Assembly, Honourable Titilola Ademola Dauda, today told Justice Mohammed Idris of the Federal High Court, Lagos that former Governor Rashidi Ladoja did not buy any vehicle for him and 13 other loyal lawmakers in 2005 to escape impeachment.

He made the disclosure while testifying in the on-going trial of the former governor and one of his aides, Waheed Akanbi, over alleged N4.7 billion fraud

According to him, the vehicles delivered to the lawmakers were a product of a contractual relationship they had with a firm, VT Leasing.

“I had a contractual relationship with VT Leasing, an incorporated company over a car supplied to me. The agreement was that I should pay a particular percentage upfront and thereafter on rentals.

“I entered into agreement with VT Leasing. I paid both my contribution and rentals. I am not owing VT Leasing. No member of the House was given any vehicle. Each of the fourteen members benefitted from the VT Leasing arrangement”, he said.

The witness faulted claims by a prosecution witness, Chief Adewale Atanda, that the vehicles were purchased for them by Ladoja to save him from impeachment.

Atanda, who was a Senior Special Adviser to Ladoja, had in his testimony said he had to use his assets and personal guarantee to secure an N80 million loan from Wema Bank Plc, which was used to purchase the vehicles.

However, in his testimony today, Dauda, who was the first defence witness, said the agreement that led to the delivery of the vehicles to him and 13 others were never guaranteed by Chief Atanda.

He also added that he personally paid all his expenses in his 4 months stay at Heritage Court and Inns, an hotel owned by Atanda, after he relocated to Lagos alongside his colleagues for fear of losing their lives upon Ladoja’s impeachment in December 2005.

Responding to a question under cross-examination by EFCC’s lawyer, Olabisi Oluwafemi, the witness denied receiving any money from Atanda throughout his stay in the hotel.

A stockbroker, Tajudeen Ajani Bayonle, also testified in the course of today’s proceedings.

The witness, who told the court he was not familiar with the facts of the case said he was invited by one of the defence lawyers because of his technical knowledge of stock broking business.

Ladoja and his co-accused proceeded to open their defence today  following the dismissal of their no case submissions by the judge.

They were for the second time in about two years re-arraigned on  November 5, 2018, by the Economic and Financial Crimes Commission (EFCC) before the court over alleged N4.7 billion fraud.

The duo, who were docked on an 11-count charge bordering on money laundering and unlawful conversion of public funds however denied the offence.

Be the first to comment on "N4.7B Fraud: Ex -Oyo Speaker Denies Getting Car Gift From Ladoja"