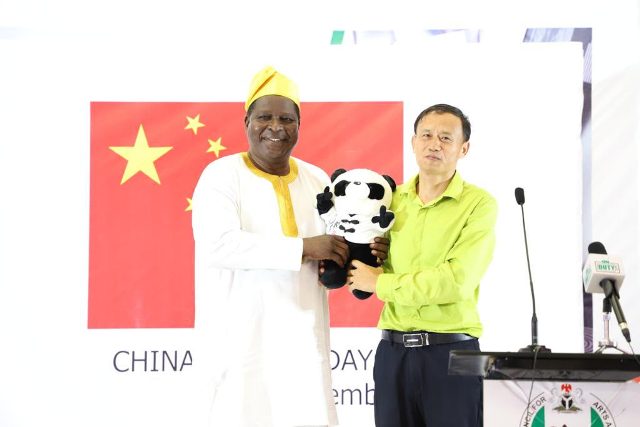 The Director General, National Council for Arts and Culture (NCAC), Otunba Segun Runsewe has expressed great admiration and satisfaction at the impressive display of the People’s Republic of China at the ongoing International Arts and Crafts Expo(INAC) holding in Abuja.

He gave the commendation during his opening remarks yesterday, which was the day dedicated to celebrate China’s rich culture heritage.

Runsewe noted that China, with a population of 1.4 billion people, shares about 60 years of solid relationship with Nigeria.

Speaking further, the NCAC boss expressed his desire to visit China again having visited the Asian country in May this year following invitation from the Chinese government.

China, he said is one of the numerous countries on show at the 2018 INAC with a very impressive pavilion showcasing the country’s unique arts and crafts.

On his part, Counsellor Li Xuda, who is the Cultural Attachee at the Embassy stated that last year, he visited several parts of Nigeria, adding that Nigeria has broad prospects for development expressing his gladness that INAC has come to fully harness these potential.