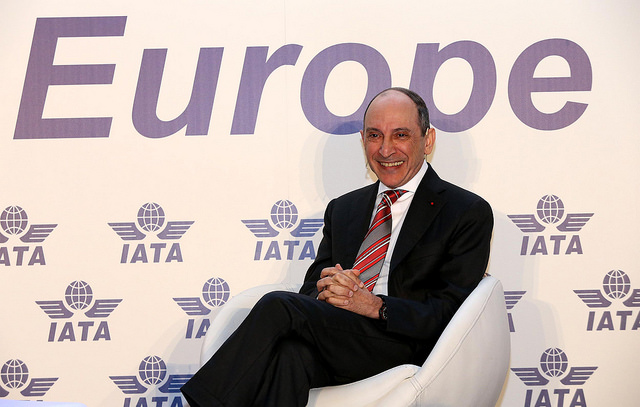 He also spoke passionately on the challenges facing the aviation industry in Europe at the IATA Wings of Change conference in Madrid.

In his capacity as the Chairman of IATA, Al Baker attended the conference and participated in a quick-fire question and answer session moderated by BBC presenter Ms. Babita Sharma.

Speaking at the event, Al Baker said, “Aviation growth has shifted to geographical areas outside the EU such as the Asia-Pacific and the Middle East in recent years and the European Commission has been very proactive in pursuing comprehensive air transport agreements with ASEAN, Qatar, Turkey, Azerbaijan, Armenia, and Tunisia. In my view, it is very important for EU air carriers to capitalise on the growth opportunities offered in emerging aviation markets.”

Speaking further, he said, EU carriers should also reinforce their global position by offering greater connectivity to EU citizens and foreign travellers alike, as many European capitals remain top in-bound tourism markets for global tourism. In the long run, participation of EU carriers through the conclusion of comprehensive air transport agreements is key to ensure the competitiveness of the EU aviation sector. Protectionism should not be the answer as this will hinder the competitiveness of the EU aviation sector and the agenda pursued by the Juncker Commission.”

CEO of LOT Polish Airlines, Mr. Rafal Milczarski, CEO of Iberia,Mr. Luis Gallego , Chairman and CEO of Deutsche Lufthansa, Mr. Carsten Spohr also joined the ‘CEOs on the Spot’ session and were quick to share with the audience an inside view of the industry and what it takes to make an airline successful. * Group photo of Al Baker and other CEOs at IATA Wings of Change conference in Madrid.

Following the success of the Wings of Change concept, which originated in Latin America, IATA has brought the conference to Europe for the first time and will potentially continue to expand the brand’s reach to other markets in the future.

The two-day event brings together airline CEOs, Ministers, and industry experts to discuss the current state and future of air transport.

IATA Wings of Change takes place at a critical time for the industry as it contends with an unprecedented increase in demand, capacity bottlenecks in the air and on the ground, and looks to harness the many opportunities of the digital revolution.

Al Baker assumed the position of IATA Chairman on June 5. 2018 and will maintain the position for a one-year term.

IATA is the trade association for the world’s airlines, and represents some 290 airlines or 82 per cent of total air traffic and supports many areas of aviation activity, as well as helping to formulate industry policy on critical aviation issues.

Qatar Airways currently operates three daily flights to Madrid from Doha, 18 flights a week to Barcelona and a four-times-a-week seasonal service to Málaga from June to September.

Be the first to comment on "IATA Chairman Challenges EU Carriers On Connectivity To EU Citizens, Foreign Travellers"