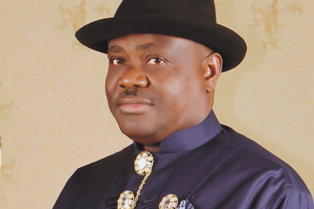 The 31st edition of National Festival of Arts and Culture (NAFEST) has come and gone but the positive national vibrations generated still lingers. Though about four states, Rivers, Ondo, Bayelsa and Delta came tops as overall winners, almost all the participating states had one award or another listed for them. It is strategic and the National Council for Arts and Culture (NCAC) idea is to foster a sense of belonging, acceptability and encouragement to be the best in developing and sustaining the huge Nigerian cultural value chain, particularly those endemic to each region or people.

This report takes into account the first overall winners and as the Director General of NCAC, Otunba Olusegun Runsewe would wish to enact, other winning states in certain significant areas would also feature not just for fancy but as springboard to help highlight support for each state government, particularly the governors, who are expected to now mainstream culture and arts as vehicles of development.

Rivers State Governor, Barrister NyesomWike practically invested heavily in culture and arts in the state. With the 23 local governments showing massive and colourful strength, each LGA led by the chairman of local councils, Rivers being the overall winner of the festival was not in doubt.

Unknown to many people, Rivers state is a mini Nigeria harbouring ethnic nationalities across board, no doubt it come first in the traditional cuisine competition, second in children essay competition on Contemporary Arts, third in dance drama, third again in indigenous fabrics in contemporary arts, and again third in Tales by Moonlight. Rivers hosting of the festival was adjudged the best since the festival gained ground as unity festival about 31 years ago. Governor Rotimi Akeredolu of Ondo State must be proud of investing in cultural human capacity building as his state come first in children essay competition, Dance drama, third in Ayo games, first on Tales by Moonlight and the third overall best state participant. This state of aquatic splendour and home of the Ijaw ethnic nationality came second on this overall winner’s platform. Governor Seriake Dickson will surely be happy with state winning the indigenous fabrics in contemporary Arts. The governor has never failed to show the power of ijaw fashion since he came to office, a kind of edification and religion, which promotes the culture of the people of the state. Bayelsa also has it in local cuisine where it came third, children essay (3rd) Ayo games (2nd), Tales by Moonlight (4th) and third in traditional wrestling. Federal Capital Territory (FCT) in the north Central Nigeria, came fourth in traditional food cuisine, 4th on children essay writing competition, second in indigenous fabrics in Contemporary Arts and fourth again in traditional wrestling competition. Indeed, the FCT administration did show a robust presence at NAFEST, an indication that the FCT administration understands the value of culture and arts economy. Governor Abdullahi Ganduje administration saw its investment in children cultural education paying off as state came first in children’s crafts competition. It is a future investment that may lead to the revival of crafts economy in the state. Governor Bello Masari of Kastina took to culture and Arts as peoples economy with the state coming second in the children craft competition category. Governor Dave Omeha of Ebonyi, a rice producing state of Nigeria was at hand in Rivers state to encourage the state which came second in Tales by Moonlight category, fourth in children’s craft and second in dance drama category. Governor Sani Bello state of Niger state came fourth in indigenous Fabrics in Contemporary Arts and an award for consistent showing and participation at NAFEST. Governor Ikeapzu of Abia state was also at the festival with the state as fourth best outing in traditional dance drama. Abia showcased a strong presence that will take a long to forget.

Edo State of Governor Obaseki won the golden gong award, and the host state for 2019 edition of NAFEST, with a promise to give Rivers state a run for its money.

Be the first to comment on "NAFEST 2018: Every State A Winner –By Frank Meke"