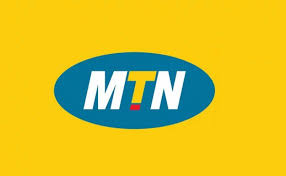 Justice Chukwujekwu Aneke fixed the date for hearing of all pending applications, after counsel representing parties had informed the court of their various applications filed and served.

Today, Chief Wole Olanipekun (SAN) alongside a host of other senior lawyers, appeared for MTN, while Mr T.A Gazali, a Chief State Counsel from the Federal Ministry of Justice, appeared for the AGF.

Counsel informed the court of their various processes filed before the court and served on respective parties to the suit.

Following this development, Justice Aneke set December 3 for hearing of all pending applications before the court.

MTN instituted the suit by a writ, dated September 10, challenging mainly, the legality of the AGF’s assessment of its import duties, withholding tax and value added tax in the sums of N242 billion and $1.3 billion .

In its writ of summons, MTN is seeking Declaratory reliefs on the following grounds:

That the purported “Revenue assets investigation” allegedly carried out by the Federal Government on MTN, for the period of 2007 – 2017, and its decision conveyed through the office of the AGF by a letter dated August 20, violates the provisions of section 36 of the constitution.

A Declaration that the AGF acted in excess of its powers, by purporting to direct through its letter of May 10, a “self assessment exercise” which usurps the powers of the Nigerian Customs Service to demand payment of import duties on importation of physical goods.

A Declaration that the AGF acted illegally, by usurping the powers of the Federal Inland Revenue Service, to audit and demand remittance of withholding tax and value added tax.

A Declaration that the purported “self assessment” exercise instituted by the AGF via its letter of May 10, is unknown to law, null and void and of no effect whatsoever.

A Declaration that the AGF’s demand of the sums of N242 billion and $1.3 billion from MTN, is premised on a process which is malicious, unreasonable and made on incorrect legal basis.

In addition, the plaintiff wants a court order, vacating the AGF’s demand letter dated August 20, for the sums of N242 billion and $1.3 billion from MTN Nigeria Communications Ltd.

Besides, MTN is claiming a total sum of N3 billion in damages, against the defendant, which covers General damages, exemplary damages, and Legal costs.

Meanwhile, in its preliminary objection, the AGF argued that the plaintiff in seeking redress to the subject matter, has just three months from the date the cause of action arose, to institute the action.

It argues that the plaintiff commenced the suit in clear disregard to section 2 of the Public Officers Protection Act, which provides that any action commenced against a public officer, must be made within three months from commencement of cause of action.

The AGF also submitted that plaintiff’s failure to commence the suit within three months as stipulated by law, robs the court of its jurisdiction to entertain same.

Meanwhile, MTN had also filed a similar suit before a brother judge of the same court, against The Central Bank of Nigeria (CBN) over alleged $8.1bllion repatriated funds.

It is seeking an injunction to restrain the CBN from taking further actions to reclaim the alleged debts.

The CBN alleged that the telecoms firm improperly repatriated dividends, and requested that MTN returns 8.1 billion dollars to its coffers.

This latter suit is set down for hearing before Justice Saliu Saidu on December 4.

Be the first to comment on "N242 B Unremitted Tax: Court Adjourns MTN Suit Against FG Till December 3"