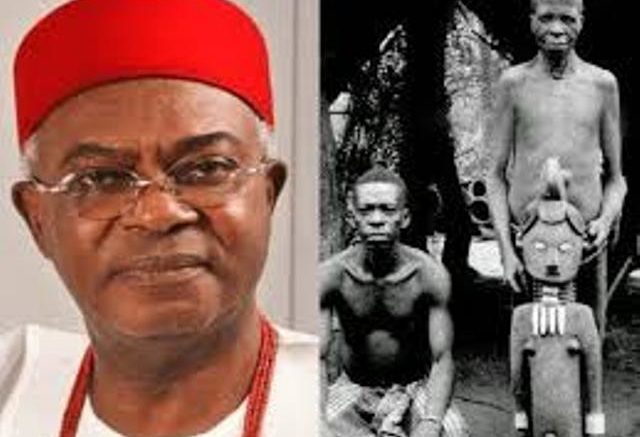 Traditional rulers in the South-East of Nigeria have set December 28, 2018 deadline to abolish the controversial and discriminatory Osu caste system .

A statement made available to the online platform explained that event marking the abolition of the Osu caste system in Igbo land would take place at the Nri Palace in Anambra State.

The statement quoted the Regent of the ancient Nri Kingdom, Prince Ikenna Onyesoh, as saying it would be “spiritually suicidal” for anyone to continue with the obnoxious Osu practice after it had been abolished.

“Come December 28, 2018, more stringent spiritual implications will be pronounced from Ikpo Eze-Nri  against such devaluation of mankind,  after an extensive spiritual abrogation exercise,” the statement reads in part

The statement also said that the traditional ruler in Eri as saying that they were ready to abolish the practice.

“The whole world needs to witness what is about to happen in our land on December 28, 2018 because such a thing has never happened before.The last time in history anything close to this happened was 200 years ago. And mark my words, after these abolition and atonement exercises, anybody who continues to uphold these practices will have themselves to blame.

The statement equally quoted the Chairman of Eri Dynasty Traditional Rulers Forum, Eze Nkeli Nzekwe Kelly, as saying that, “It’s time to end these once and for all and unite our people for the new era. It’s time for our estranged brothers and sisters who were sold into slavery to return home. We are more than ready to atone for the sins of our forefathers and reunite with our kits and kins in America, Europe, the Islands, and beyond. It’s time.”

The Osu caste system is an ancient practice in Igboland that discourages social interaction and marriage with a group of persons called Osu.

Be the first to comment on "Igbo Traditional Rulers Set Dec. 28 To Stop Discriminatory Osu Caste"