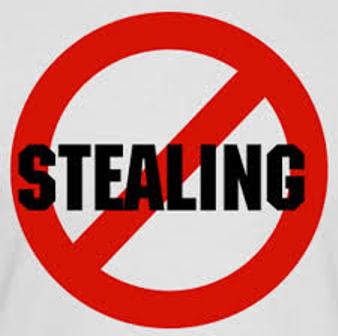 A 36 years old house help, John Magbeiti, was today, ordered to be remanded in prison custody, till November 11, by an Igbosere Chief Magistrate’s Court, Lagos, for attempting to steal the sum of $67.600, 000, from his Chinese boss, Wuse Williams.

The court presided over by Magistrate, Y. O. Aro-Lambo, ordered the remand of the defendant after he pleaded guilty to a two counts charge of attempting to steal by demanding the said sum with menace and given false information against her boss to the police.

Arraigning the house help today, lawyer to the police, Barrister Morufu Animashaun, told the court that the defendant had on October 10, at 4, Eko Street, ParkView Estate, Ikoyi, Lagos, with an attempt to steal the sum of $67,600,000, from her boss, Wuse Williams, fraudulently and unlawfully demanded the said sum from his boss.

He also told the court that when the ploy failed, the defendant wrote a false petition to the police against his boss, wherein he alleged that his boss failed to pay him the sum of $900, as agreed for exchange for sexual intercourse.

The prosecutor further told the court that the defendant was arrested after the police discovered that the petition was false and that the complainant, Mr. Williams, accused the defendant of attempt to fraudulently steal his money.

Adding that upon interrogating the defendant, he admitted committing the offences and he was therefore brought before the court on the two counts charge.

The defendant who did not have any legal representation, pleaded guilty to the charge.

Following his guilty plea, Barrister Animashaun asked the court for a date to enable him review the facts of the offences against the defendant before the court and for sentence.

Consequently, Magistrate Aro-Lambo, ordered that the defendant be remanded in prison custody, while adjourning the matter till November 27, for the review of the fact and sentence of the defendant.

Count one of the charge against the house help reads,”That you John Magbelti ‘M’ on or about the 10th day of October, 2013 at No 4, Eko Street. Port view. Ikoyi Lagos in the Lagos, Magisterial District with intent to steal, demand with menaces the sum of Sixty Seven Thousand, Six Hundred United State Dollars ( $67,600) from one Mr Wuse Williams and thereby committed an offence punishable under section 301 of the Criminal Law of Lagos State 2015.

Count two reads, “That you John Magbelti ‘M’ on or about the 22th day of October 2018 at No 4, Elm Street, Part View, Ikoyi Lagos, in the Lagos Magisterial District sent a petition to the Inspector General of Police Office with allegations that one Mr Wuse Williams, a Chinese Nationality had sexual intercourse with you under a contract to pay you ($900) Nine Hundred United State Dollars from April 2014 to 30 November 2018, the information which you knew was false and thereby committed an offence punishable under section 96(b) of the Criminal Law of Lagos State 2015”.