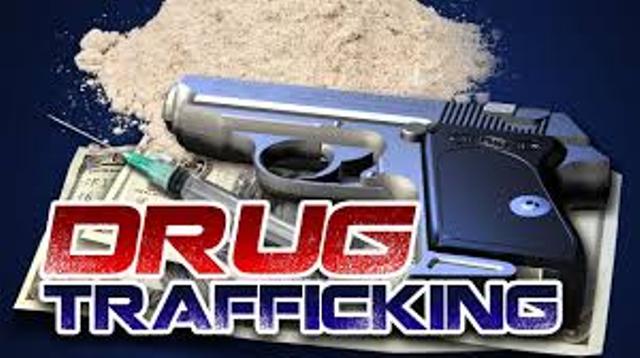 Justices Saliu Saidu of a Federal High Court, Lagos, has fixed December 11, for ruling in an application filed by a suspected drug trafficker, Eze Remigus Rapuruchukwu, against the National Drugs Law Enforcement Agency (NDLEA), over his seized N208.5 million in a bank

The NDLEA by a consent of the Attorney-General of the Federation (AGF) had obtained an order of the court placing a Post No Debit (PND) on the suspected drug trafficker’s account with a bank, on the ground that the said the Federal Government Treasury Bill to the sum of N208.5 million, is a proceed from illicit act.

At the resumed hearing of the matter today, lawyer to the suspected drug trafficker, Mr. Collins Ogbonna, while arguing a motion on notice filed for the release of his client’s three accounts with fidelity bank, where the said alleged proceeds of illicit act were kept, said the NDLEA acted in flagrant disobedience to a court order made on May 21, 2018, discharging an interim forfeiture earlier obtained.

Ogbonna also told the court that by the NDLEA’s letter dated June 13, 2018, the bank constitute not only direct affront of the order of the court made on May 21, 2018, but a direct assault on the dignity, jurisdiction and majestic power of the court.

He therefore urged the court to declare the NDLEA and the bank’s action as contemptuous of the majestic power of the court.

He also asked the court to direct Fidelity bank to give effect to the mandatory orders made by the court on May 21, 2018, by removing the PND status placed on his clients’ accounts.

Responding, Mr. Lambert Nor, the NDLEA lawyer, while urging the court to dismiss the order sought by the suspected drug trafficker, stated that the court order they referred to is not against the new PND status on the defendant’s account.

In urging the court to dismiss the application, Lambert told the court that the order of the court obtained on May 13, 2018, which was to last till the determination of charges against the suspected drug trafficker, was set aside by the court on May 21, and that the order has been executed without any hindrance.

Lambert also told that the PND status now placed on the accounts is on the newly received illicit funds. And that that the new funds are not cover by any order of the court which related to those specific funds having been executed in full have therefore lapsed.

He also told the court that since the arrest of the defendant, NDLEA has been aware that the defendant laundered illicit drug proceed in Federal Government Treasury Bill which is with the bank and has been awaiting their maturity while working on other aspects of drug trafficking organization of the defendant to bring them to book.

NDLEA lawyer further told the court that part of the illicit funds invested in Federal Government Treasury Bill amounting to N208.5 million dropped into personal account of the first defendant/applicant with the Bank on 14 June, 2018, while the first defendant has been transferring monies from N208.5 million to his company’s account also with the Bank.

He therefore urged the court to dismiss the application with punitive cost.

After listened to the submissions of parties, Justice Saidu adjourned the matter till December 11, for ruling.

Meanwhile, the defendant/applicant, Rapuruchukwu alongside his companies, Chart Agency Nigeria Limited, Albrichris Impex Nigeria Limited and two other persons, Emordi Collins and Emmanuel Ifebigbhi are still standing trial before the court on a seven count-charge of conspiracy, illegal importation of tramadol into the country.

The accused persons were alleged to have between 2010 and 2017 form and operate a Drug Trafficking Organization (DTO) and unlawfully imported a total of 19 container of the said banned substance into the country.

The offences according to the prosecutor, Mr. Lambert Nor, are contrary to the United Nations Single Convention on Drugs 1961 and its Protocol and the Convention against illicit Traffic in Narcotic Drugs and Psychotropic Substance 1989, as Provided for punishable under sections 14(b), 11(a), 19, 20(2)and 16 of the NDLEA Act Cap N30, laws of the federation of Nigeria, 2004

Be the first to comment on "Suspected Drug Trafficker Asks Court To Release N208.5M Found In Account"