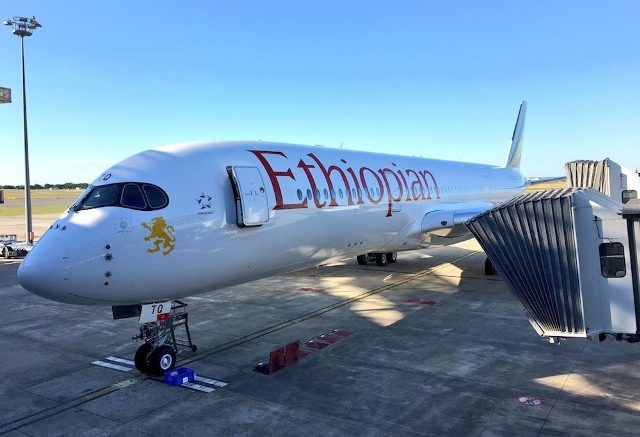 Ethiopian Airlines, the largest Aviation Group in Africa and SKYTRAX certified 4 Star global airline, has stated that it would resume its flight to Mogadishu, Somalia, effective November 2, 2018.

Speaking on the resumption of the Mogadishu flights, Group CEO of Ethiopian Airlines, Mr. Tewolde Gebremariam said, “It gives us a great pleasure to resume flights to Mogadishu, the capital Somalia after stopping the service over four decades ago. I wish to express my gratitude to the Governments of Ethiopia and Somalia for making the resumption of these flights possible. The flights will play a significant role in strengthening the people-to-people and economic ties between the two neighborly and sisterly countries. The flights will also enable the important Somali Diaspora in the Americas, Europe, Asia, Middle East, Europe and Africa to travel to their homeland via Addis Ababa thanks to our global network of over 116 international destinations. Our flights will quickly grow to multiple daily flights given the huge volume of traffic between the two sisterly countries and the significant traffic between Somalia and the rest of the world.”

The resumption of the service to Somalia came 41 years after Ethiopian Airlines Group stopped its route to Mogadishu in the 1970s.

Ethiopian Airlines (Ethiopian) is the fastest growing Airline in Africa.

In its 70 plus years of operation, Ethiopian has become one of the continent’s leading carriers, unrivalled in efficiency and operational success.

Be the first to comment on "Ethiopian To Resume Flights On Mogadishu Route Nov. 2"