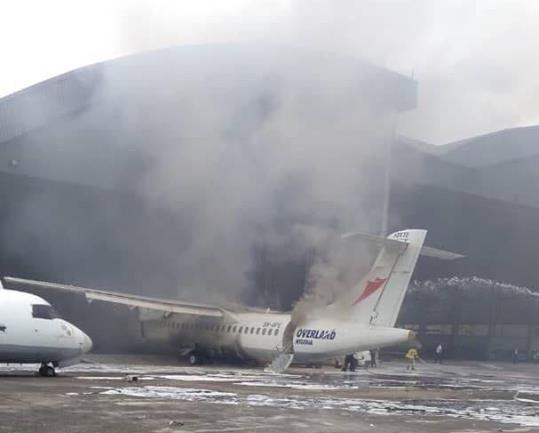 …Cause Of Inferno Remain A Mystery

As at press time, the cause of the fire still remain unknown.

However, fire fighters from the Federal Airports Authority of Nigeria(FAAN) were able to put off the fire but not after it has completely destroyed the million Dollar airplane. * The burnt aircraft after the fire was put out.

In the meantime, the airline is yet to speak on the inferno that engulfed its aircraft.

Overland Airways is one of the surviving airlines operating in the country and its Chief Executive Officer is Capt. Edward  Boyo.