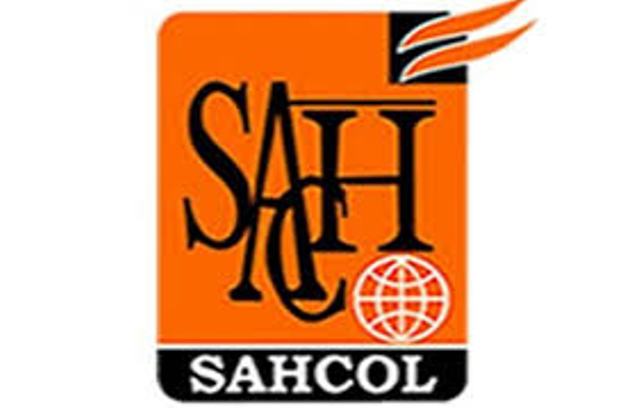 There are indications that the Skyway Aviation Handling Company Limited (SAHCOL) may be enlisted into the Nigerian Stock Exchange (NSE) about 60 days from now if everything goes as planned.

Checks revealed that the ground handling company may be enlisted in NSE less than two months from now.

It was learnt that the management and board of SAHCOL had met with the Bureau of Public Enterprises(BPE) and Securities and Exchange Commission (SEC) in preparation to make the shares of the company .

Recalled that SAHCOL was privatised in 2009 and before the privatisation by the Federal Government, SAHCOL was a subsidiary of the moribund national carrier; Nigeria Airways.

However, unlike the airline, SAHCOL was not liquidated because the government felt it could continue as an ongoing concern.

The company was acquired by SIFAX ground as one of its conglomerates in 2009. Mr. Taiwo Afolabi is the Chairman of the Board of Directors of SAHCOL.

He is also the Group Executive Vice Chairman of the Sifax Group of Companies and currently the Honorary Consul of the Republic of Djibouti.

If is successful enlistment, SAHCOL would be the second ground handling company in the country’s aviation industry to be on the floor of the stock exchange.

The first was the Nigerian Aviation Handling Company (NAHCo) Plc, which was privatised over a decade ago.

A highly reliable source in the ground handling company revealed to the online platform that the management was ready to offer the company to the public.

The source revealed that the enlistment would not only further boost the financial profile of the ground handling company but that it would make more funds available for acquisition of more state-of-the-art ground handling equipment.

He stated that the management was willing to offer its shares to the public and would do so very soon.

Though, he did not state specifically when it will be done but added that it will happen soon.

According to him, “It will happen very soon. The management and board are ready to offer SAHCOL on the floor of the Nigerian Stock Exchange. We are discussing with PBE, SEC and other necessary authorities to make this happen.”

Recalled that the staff of the company through the industry unions had demanded for 10 per cent shares in the ground handling company in line with the Section 5(3) of the Public – Enterprises (Privaitsation and Commercialisation) Act 1999.

The staff in a petition signed by the Deputy General Secretary, Air Transport Services Senior Staff Association of Nigeria (ATSSSAN), Comrade Frances Akinjole and addressed to the Director-General of BPE had said that the management of the ground handling company had continued to deny them of their statutory 10 per cent shareholding, nine years after privatisation.

ATSSSAN had recalled that SAHCOL was privatised in 2009 pursuant to the Public – Enterprises Act, but regretted that several years after the exercise, the management had refused to comply with the Act, which led to privatisation of the company.

The workers also expressed fear that the owners of SAHCOL may have acted contrary to Section 5(4), which states that “Where there is an over-subscription for the purchase of the shares of privatized enterprise, no individual subscriber shall be entitled to hold more than 0.1% equity shares in the privatised enterprise.”

The union insisted that it was not convinced that this provision was currently being adhered to by the company.

“Request for and obtain from any public enterprise statistical and other information including reports, memoranda and audited accounts and other information relevant to its functions under this Act. A copy of the 22nd August 2007 signed memorandum among our union – ATSSSAN, National Union of Air Transport Employees (NUATE) and the bureau is hereby attached, ATSSSAN said.”

It was not however clear if the 10 per cent shares in the company as demanded by the workers would be assented to when the public offer is announced.