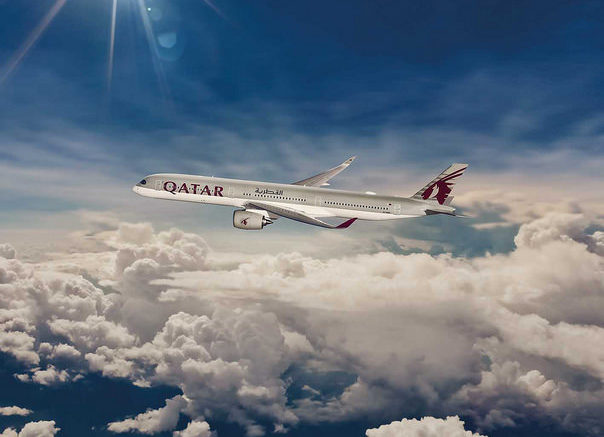 According to the airline the decision to upgrade the original order comes just eight months after the award-winning airline, which was the global launch customer for both A350 types, welcomed the first A350-1000 into its fleet.

The strong performance of this state-of-the-art aircraft and the need for extra capacity on the world’s fastest growing airline are the key factors behind this latest announcement.

Speaking on the upgrade, Qatar Airways Group Chief Executive, His Excellency Mr. Akbar Al Baker, said, “Qatar Airways is delighted to have upgraded five of its previously ordered A350-900 to the more recently launched A350-1000. Since taking delivery of the world’s first A350-1000 in February 2018, we have been extremely pleased with the aircraft’s performance, which has prompted us to update our original order. The A350-1000 has been a welcome addition to our fleet and very well received by our passengers who enjoy the unprecedented levels of comfort and technology that this new generation aircraft offers.”

Also speaking, President Airbus Commercial Aircraft, Mr. Guillaume Faury, said, “Since its entry into service, the A350 family has proven outstanding reliability and efficiency. We are delighted to see launch customer Qatar Airways extend its confidence in the A350-1000. Qatar Airways is renowned for its standards of excellence, and we are pleased the A350-1000 delivers to their expectations, being the aircraft of choice to seamlessly increase capacity in unprecedented comfort on its growing long-haul routes.”

The A350-1000 is seven metres longer than its younger sibling and offers 28 per cent more capacity in the Premium class cabin and it also features the airline’s revolutionary Qsuite seat, which offers passengers a First Class experience in the Business Class cabin.

Presently, the A350-1000 operates on the London and Frankfurt routes and will launch on the JFK service from October 28, 2018.

The A350 XWB features the latest aerodynamic design, carbon fibre fuselage and wings, plus new fuel-efficient Rolls-Royce engines. Together, these latest technologies translate into unrivalled levels of operational efficiency, with a 25 per cent reduction in fuel burn and emissions, and significantly lower maintenance costs.

The A350 XWB features an Airspace cabin, which on top of the aircraft spaciousness and quietness, provides better ambience, design and services, contributing to superior levels of comfort and well-being, and setting new standards in terms of flight experience for all passengers.

Qatar Airways operates a modern fleet of more than 200 aircraft flying to business and leisure destinations across six continents.