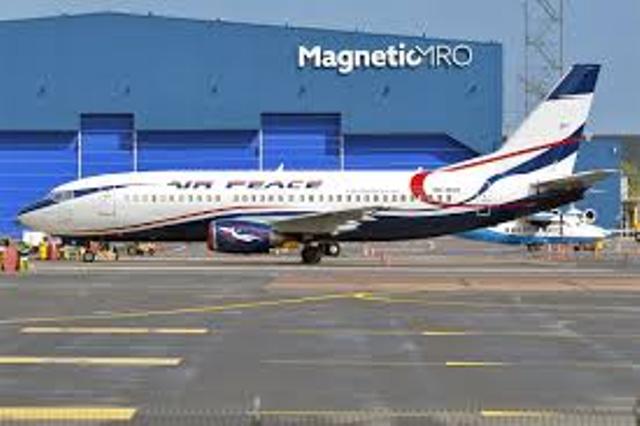 …As Protesters Attack Airline Staff For Not Joining The Industrial Action

Air Peace, the leading airline in the country has urged the police, other security agencies and the Federal Airports Authority of Nigeria (FAAN) to intervene in the disruption of its flight operations and attack of its staff by the Nigeria Labour Congress (NLC) and its affiliates.

A statement issued by Air Peace Corporate Communications Manager, Mr. Chris Iwarah accused protesting members of NLC and its affiliates of targeting the carrier’s operations at the General Aviation Terminal of the Murtala Muhammed Airport(MMA), Lagos for disruption.

Staff of the airline, the statement said, were attacked by the protesters for refusing to join the industrial action and insisting on performing their lawful duties.

Air Peace said it feared that there would be a complete breakdown of law and order if NLC and its affiliates persisted in their unlawful disruption of its flight operations.

“On Tuesday, September 28, 2018, we received distress calls from our of staff that members of the Nigeria Labour Congress and its affiliates had invaded our hub at the General Aviation Terminal of the Murtala Muhammed Airport in Lagos, disrupting our operations and preventing members of the flying public from accessing the facility to board their flights.”

“When our staff refused to join the protest, the protesters left. Shortly after, they returned with a crowd of about 500 protesters to forcefully take over our counters at the airport, attacking our staff and chasing members of the flying public out of the terminal. Other airlines were left to operate. It is rather curious that Labour would target the operations of Air Peace for disruption.

“As a law-abiding organisation, we call on the Nigeria Police, the Federal Airport Authority of Nigeria and other security agencies to immediately call the NLC and its affiliates to order to prevent a complete breakdown of law and order. The unlawful action of the agitators brought our operations to a complete halt, caused us huge loss of revenue and made members of the flying public to through untold hardship.

“While we have nothing against the NLC and its affiliates, we wish to state clearly that it is absolutely condemnable for the protesters to single out our operations for attack and disruption. The NLC and its mob of protesters have no right whatsoever to stop our staff from performing their lawful duties, neither have they any authority to prevent members of the flying public from boarding their flights. The NLC must be made to understand the limits to its right to protest. That right does not extend to endangering the operations of organisations that are doing their best to contribute to Nigeria’s economy and make life easy for the people. We are currently talking with our lawyers with a view to getting the NLC and its affiliates to account for their unlawful action,” the airline said.

Recalled that members of NLC today disrupted the operations of Air Peace and other airlines operating at GAT for allegedly not complying with the strike other declared by NLC.

Be the first to comment on "Flight Disruption: Air Peace Urges FAAN, Security Agencies To Call Labour To Order"