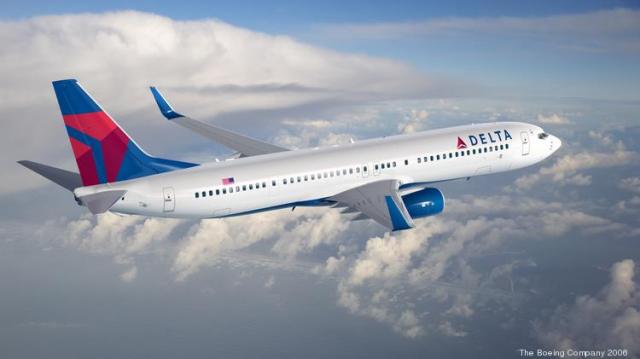 According to the airline beginning from late this year, customers flying direct to an international destination have the option of using facial recognition technology from curb to gate, transforming the customer journey with a seamless travel experience through the airport.

Check in at the self-service kiosks in the lobby

Drop checked baggage at the counters in the lobby

Serve as identification at the TSA checkpoint

Board a flight at any gate in Terminal F

And, go through CBP processing for international travelers arriving into the U.S.

Traveling on partner airlines Aeromexico, Air France-KLM or Virgin Atlantic Airways out of Terminal F? Those customers are eligible to use this technology too — another benefit of Delta’s unmatched global network of partnerships.

According to Delta COO, Gil West, “Launching the first biometric terminal in the U.S. at the world’s busiest airport means we’re bringing the future of flying to customers traveling around the globe. Customers have an expectation that experiences along their journey are easy and happen seamlessly — that’s what we’re aiming for by launching this technology across airport touch points.”

Delta employees’ input has been key to move facial recognition from testing to this full-scale launch — they’ve provided invaluable feedback on everything from the best camera angle for a successful scan to an added device enhancement that better facilitates face-to-face interactions with customers.

Based on initial testing, the facial recognition option not only saves up to nine minutes per flight, but provides employees an opportunity to have more meaningful interactions with customers throughout the journey.

Also speaking, Interim General Manager, Hartsfield-Jackson Atlanta International Airport, Balram Bheodari said, “This is the latest example of Delta’s investment in, and partnership with, the world’s busiest and most efficient airport. We are looking forward to bringing the future of travel to life with Delta, CBP and TSA.”

Enter their passport information when prompted during online check-in.

Forgot to enter passport information in advance? Don’t worry — this option will be available at the terminal after an initial passport scan and verification.

Click “Look” on the screen at the kiosk in the lobby, or approach the camera at the counter in the lobby, the TSA checkpoint or when boarding at the gate.

Breeze through once the green check mark flashes on the screen.

And, if customers do not want to participate, they just proceed normally, as they’ve always done, through the airport.

CBP Commissioner Kevin McAleenan said, “Delta and CBP have developed a strong partnership over the years, and share a common vision for enhancing security and the traveler experience. Together with innovative partners like Delta, TSA and ATL, we are using technology to create a secure, efficient and simplified travel experience.”

Also at ATL Terminal F, customers can take advantage of industry-leading Computed Tomography (CT) scanners at two automated screening lanes, which are being installed in partnership with the TSA and the airport. This means travelers won’t have to take out electronics from their bags at the TSA checkpoint, further enabling a smooth travel experience.

On his part, TSA Administrator, David Pekoske, said, “The expansion of biometrics and facial recognition throughout the airport environment represents the next generation of security identification technology. TSA is committed to working with great partners like Delta, ATL and CBP on developing and deploying new capabilities like these.”

The expansion of the facial recognition option with Delta Biometrics is a natural next step following CBP and Delta’s optional facial recognition boarding tests at ATL, Detroit Metropolitan Airport and John F. Kennedy International Airport over the past several years.

This launch leverages technology and software developed by NEC Corporation.

Over the past several years, Delta has led the industry on a number of customer solutions like RFID baggage handling, automatic check-in and bag tracking via the Fly Delta mobile app, a cross-industry alliance that will empower customers with seamless in-cabin connectivity experience, more efficient and high-tech automated screening lanes, and a groundbreaking app that helps Delta pilots avoid turbulence for a more comfortable flight.

Delta was named one of Fast Company’s Most Innovative Companies Worldwide in 2018, earning the No. 6 spot among travel companies.

Be the first to comment on "Delta To Launch First Biometric Terminal In U.S."