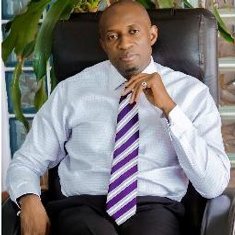 This is just as the body commended the Federal Government for taking the bold step to suspend the planned national carrier project in the interest of the nation and in response to the many cries for reason put forward by the operators.

AON has continued to call for a rethink by government regarding the project in the light of the tough economic situation in the country today and the fact that it is a moribund idea.

Speaking on the decision to suspend the airline project, the Chairman of AON, Capt. Nogie Meggison said, “We thank President Muhammadu Buhari and the Federal Executive Council (FEC) for listening to our many calls for the idea to be suspended. In our opinion we believe the process was neither transparent nor did it clearly define the role of private investors in the entire process.”

He continued, “At this time of our national limited resources and struggle to recover from recession, AON would like to state that there are private Nigerian airline Investors ready to invest and already investing heavily on the sector and only asking for a more friendly operational environment and infrastructure support.”

Putting the issue into perspective, Capt. Meggison said, “Setting up of National Carrier will cost Nigeria at least $3billion (a single B777 as of today costs about $320m.)” He therefore asked: “Is it wise and our priority as a nation to take $3 billion from the Nigerian coffers today and put into a venture that will for sure go down the drain within a maximum of 5 years to establish a “National Carrier”?

AON added that the national carrier will need an additional cash injection of $500million subsidy per year on average for the next 10 years to keep the airline afloat while about 97 per cent of the 200 million Nigerian masses today are grappling for the basic necessities of life; food, shelter, electricity, water, education and good roads.

This, AON said further corroborated a recent CNN report which states that Nigeria has overtaken India as the country with the largest number of people living in extreme poverty, with an estimated 100 million Nigerians, or around half of the country’s population, thought to be living on less than $1.00 a day.

To buttress his point, AON quoted the Vice President (VP) Yemi Osinbajo,who said recently that, “The $3 billion strategic alliance contracts with the Nigerian Petroleum Development Company (NDPC) alone stolen under former President Goodluck Jonathan, which the promoters of the companies later made away with during the last administration, could have built seven (7) major roads across the country as well as the 2nd Niger Bridge.”

“The funds put into projects like these, no doubt, would have created jobs for our teeming youths than the few 2% of Nigerians that can afford to fly by air,” the AON Chairman argued.

Speaking further, he remarked that “national carrier is an obsolete just for ‘“EGO/PRIDE” idea, adding that business and pride don’t go together and that all over Europe South America, USA today, 90 per cent of them have been made private including Lufthansa, British Airways etc. Also, they are all flag carriers which are completely private entities.”

He informed that about 10 days ago on September 12, 2018,there was a clear indication of what obtains in the true world, when  Boeing financed a private Nigerian airline, Air Peace for purchase of 10 Boeing 737-8MAX airplanes in a deal valued at $1.5billion.

He pointed out that this is much more than the Nigeria national carrier and a clear indication of the future and where the world is today!!

Speaking further, the AON boss said that South African Airways has been termed in insolvent in the last 10 years and that it has been receiving from the government bailout of $400 million yearly to stay in business.

Kenya Airways, he also said has equally been struggling and that the airline is facing tough financial crisis that is threatening its very existence.

He stated that the airline recently got a $750million bailout in the past year.

The AON Chairman noted It is a known fact in the industry that Ethiopian Airlines with over $35 billion exposure, is rushing to go public (Plc.) or may start to default in payments soon.

According to him, “During these tough economic times, why do we want to rush and spend $3billion on an airline that we know will not make profit? We know how many Nigeria roads can be tarred with the funds. The truth is that the whole national carrier concept is totally unsustainable and will be a drain pipe that will lead to wastage of our scarce resources.”

Meggison further quoted a popular quote often used by Industry personalities worldwide, which says, “Nigeria does not need a national carrier. Like what operates in advanced countries of the world, what Nigeria needs are strong private airlines that are allowed to operate in a friendly operational environment with a level playing field and policies that ensure their survival.”

Nigeria, he said is a natural hub for Africa but that however, airlines don’t make a hub, adding that it is world-class infrastructure that makes a hub. Then the airlines and airplanes will come in.

“Today, Air Peace is Nigeria’s largest airline operator with 30 aircraft. The Airline has acquired four (4) B777 with ten (10) B737Max on order. Medview has gotten B777 and B767, while Azman Air just received an Airbus 340. These are huge positive steps and the biggest growth in Africa this quarter that needs government support, better infrastructure, low interest rates , double, taxes  fewer levies, better runway landing aids  among others as well as encouragement.”

According to him, “AON believes government should focus on governing and let the businessmen do the business!! Or, as I always say; “government has no business in business.”

He urged the Federal Government to go back to the drawing board and engage the private sector with transparency on how to position Nigeria as the hub for Africa to take advantage of her God given gift of geographical location.