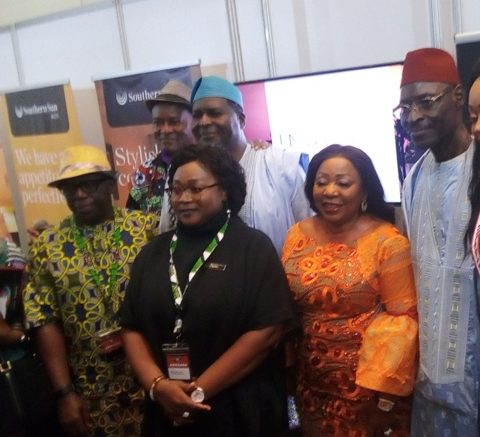 … Says It Is An Avenue For Major Industry Stakeholders To Brainstorm

The Lagos State Government has declared AKWAABA Africa Travel Market open describing the event as an avenue to for major stakeholders in the tourism industry in Africa to brainstorm on issues that can help promote and develop the sector in the continent.

According to him, “The conception and sustenance of AKWAABA Africa Travel Market by the organisers is indeed worthy of commendation as the platform has consistently provided an avenue for enriching thought provoking treatise ,meetings of like minds and brainstorming for major stakeholders in the tourism industry in Africa on issuers that can help in tourism promotion and development in Africa”

Ayorinde, who was represented by the Permanent Secretary Ministry of Tourism, Lagos State, Mr Fola Adeyemi, commended the organiser Mr Ikechi Uko for the foresight and resilience in sustaining the hosting of the event, which according to him is the only travel and tourism expo endorsed in Africa by the United NATIONS World Tourism Organisation(UNWTO).

Ayorinde disclosed that the Governor of LAGOS State, Mr Akinwunmi Ambode has approved the partnering of the state with the organisers of AKWAABA for the first time in the hosting of the exhibition. He added that the partnership is an affirmation and demonstration of this administration’s commitment to engage and collaborate with the private sector in the promotion of tourism in the state.

The Commissioner stated that the state would leverage on the unique opportunity opportunities provided by the expo to reach out to major tourism stakeholders in the continent and market Lagos State as a choice and must visit destination in n Africa and the world.

Lagos State government, he said has regularly avail itself several opportunities both local and international fora through the Ministry of Tourism ,Arts and Culture to promote its brand ‘One Lagos’ and tourism potential in destinations, sites, heritage and rich culture of the state.

Ayorinde pointed out that based on the fact that tourism has become a major source of revenue and employment in many countries today, Lagos State government has not relent in its efforts at ensuring that state takes its rightful position in the comity of nations that pride itself as tourism destination across the globe. The present administration , he added has invested immensely on infrastructure that that will promote tourism in the state, adding that to further confirm the government’s seriousness , the project THESE which stands for Tourism , Hospitality, Entertainment and Sports for Excellence was developed for the prospect of making greater contribution to the economy of the state.

The Tourism Commissioner disclosed that to have a document that gives direction and give legal backing to its efforts at promoting and developing to the sector, the state would in October launch the Lagos State Tourism Master plan.

He urged participant at this year’s AKWAABA Travel Market to share ideas, make tourism friends and savour the hospitality, rich cultural heritage and cuisine of Lagos.

Several countries including United Arab Emirate and companies , airlines government agencies are  not only attending this year’s programme but are also exhibiting at the market.