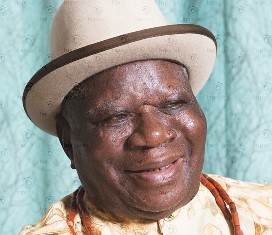 The decision to send a delegation came on the heels of the outcry that greeted the search of the house of the former Federal Commissioner for Information by officers of the Nigerian Police allegedly on information provided by an informant that arms were stored in the house.

The police personnel that carried out the raid had said their action was sequel to an order from Mr Idris, who they alleged, ordered the search.

But in a swift reaction, the IGP in a statement issued by the Force Public Relations Officer, Jimoh Moshood, denied authorising the search.

Leading the delegation is the DIG Operations, Habila Joshak, who is expected to tender an unreserved apology to Chief Clark on behalf of the Nigeria Police Force.

The statement reads, ”Further to the earlier Press Statement from the Nigeria Police Force on the directives of the Inspector General of Police for immediate detention and Investigation of the Four(4) Police Personnel (including a Senior Police Officer) and an informant involved in the unauthorized, illegal and unprofessional misconduct in the Search of Chief Edwin Clark’s Residence in Asokoro, Abuja, today 4thSeptember, 2018.”

“The IGP as stated in the press statement was not aware and did not authorize the search and has therefore sent a delegation of Senior Police Officers, led by DIG HABILA JOSHAK (DIG DOPs) along with some commissioners of Police who visited the elder statesman, Chief Edwin Clark and apologized on behalf of the Nigeria Police Force and the IGP for the misconducts of the said Police Personnel and the attendant embarrassment the search has caused on the Elder statesman and his family. ”

The delegation was received by Chief Edwin Clark and the apology was accepted by him. ”

Meanwhile, the Inspector General of Police has directed that the four policemen in detention be investigated and tried within the Force Disciplinary Procedures before appropriate punishments are meted out to them,

The IGP has also directed the immediate parade of the informant today  September 5, 2018 in the presence of the press and the public, before his prompt arraignment and prosecution in court.

Be the first to comment on "Fruitless House Search: Police, IGP Apologise To Chief Clark"