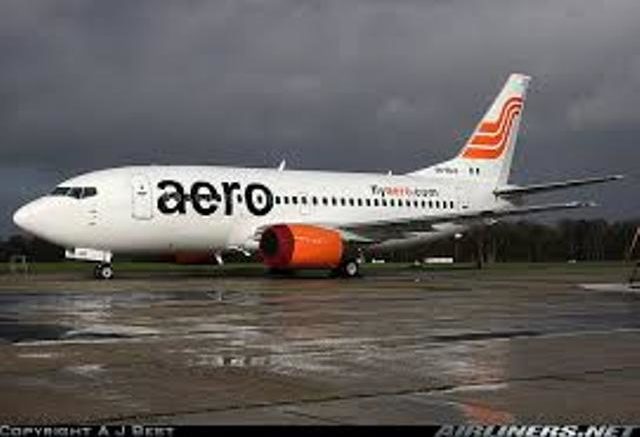 Nigeria’s oldest airline, Aero Contractors said that it has expanded operations with the delivery of more aircraft in its fleet.

In a statement issued by its management, Aero Contractors said it has increased frequencies to Abuja from Port Harcourt, Sokoto, Asaba, Port Harcourt and Kano from Lagos.

The airline explained that with the increase in the number of aircraft, it has increased its flight schedule, adding that beginning from September 17 2018, it would increase its Abuja-Port Harcourt-Abuja, which is now daily flight.

The airline has also increased its Lagos-Kano flights, which presently is five times a week, by adding another flight on Sundays, so from the above date it would be operating six times weekly to Kano from Lagos.

Also from September 15, 2018, Aero will increase its flights from Lagos to Asaba, which is presently six times weekly to daily flights.

The airline explained that it operates Lagos-Asaba-Abuja-Lagos flights six times a week but has added another flight on Saturday, scheduled for Lagos-Asaba-Lagos only.

Aero operates daily Lagos-Warri flights and may in the nearest future add another frequency to fly twice a day for selected days.

Passengers can also know the airline’s flight update at www.flyaero.com for more information.

The airline said increase in operation was made possible by the increase in the number of aircraft in its fleet.

Aero has added another aircraft in its rotary (helicopters), which is AW 139 Helicopter to its fleet.

With the addition Aero now has AW 139 and AS 365 which are fully operational.

“We have expanded our schedule because we have additional aircraft and we are also expecting more. When we deliver more aircraft, we increase our destinations. What we have done largely now is to increase our frequencies as we increased capacity,” Aero management said.

The company also said right now the rotary wing of the airline is doing well “because we have deployed our helicopters to service in the oil and gas activities and we hope to add more helicopters soon.”

Aero Contractors has experienced resurgence within the last two years with the expansion of its maintenance facility, which enabled it to conduct C-check on Boeing B737 classics after it was certified and given approval by the Nigerian Civil Aviation Authority (NCAA).

With the expansion of its maintenance facility and training of its personnel to be able to conduct c-check on Boeing B737 Classics, Aero started a revamp under the leadership of the Chief Executive Officer, Capt. Ado Sanusi.

The statement said that the expansion of its flight schedule and delivery of more aircraft in its fleet are significant signs that Aero is going through a rebound and it is expected that soon it would reclaim its enviable position in scheduled flight operations and in oil and gas services, which are the core areas of its operation.

Aero is known for its high safety standard.

Be the first to comment on "Aero Expands Operations"