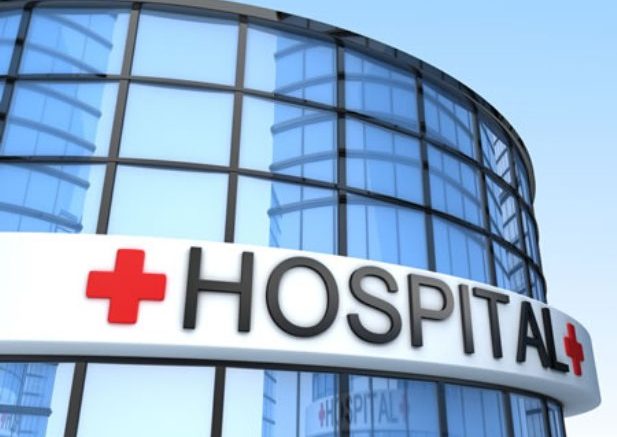 A medical practitioner, Dr Ejike Orji, has been arraigned before an Igbosere Chief Magistrate’s Court, Lagos on a count charge, bordering on endangering the life of a sixteen year-old Somitochukwu Ezi-Ashi.

The defendant, who is the Chief Medical Director of Excel Medical Centre, situated at Plot 45, Corporation Drive, Dolphin Estate, Ikoyi, Lagos, was alleged to have endangered the victim’s life by using a saw blade to remove Plastic Of Paris (POP) from the victim’s leg on July 24, 2018 which led to a deep cut in the victim’s leg.

The offence committed by the medical practitioner according to the Prosecutor, Inspector Amedu Adoga is said to be contrary to and punishable under section 243 of the Criminal Law of Lagos State 2011.

The charge against the defendant reads, “that you Dr. Ejike Orji, ‘M’ on the 24 July, 2018, at Excel Medical Centre, Dolphin Estate, Lagos, in the Lagos Magisterial District while using a saw blade to cut Plaster of Paris (POP) did cause a deep sore on the knees of Somi Ezi-Ashi which amounts to grievous harm and likely endangering his life from the injuries you inflicted on him and thereby committed an offence  contrary to and punishable under Section 246 of the Criminal Law of Lagos State. 2011”.

The defendant however pleaded not guilty to the charge.

The prosecutor also told the court that after the operation, the victim complained of discomfort and asked that the POP placed on his leg be relaxed, but that the defendant bluntly refused, this he said, resulted in the victim becoming unconscious and was subsequently rushed to Reddington Hospital, Lagos where he was immediately taken to the theatre.

Adoga also told the court that at the Reddington Hospital, it was discovered that the defendant at Excel Medical Centre has used a saw blade to cut the POP on the victim’s leg and in the process, the muscles in lower part of his leg, his foot and toes were severely damaged with wide open sores that were at the initial stage of becoming “compartmentalised.

He also told the court that due to the development, the victim had undergone four major surgeries.

Following the critical condition of the victim, a team of two orthopedic surgeons from the United States had to evacuate the dead muscle  from the leg and it was a major struggle to save the life of the young boy.

Meanwhile, Master Ezi-Ashi has been flown to the United States of America for further medical attention.

Responding, lawyer to the medical practitioner, Mr K.C. Okho , urged the court to discountenance all that were said by the prosecutor, saying that it would be premature for the prosecutor to go into the merit of the matter, adding that his client was yet to be served with the charge.

Okho also told the court that the defendant has been the  victim’s doctor right from his childhood and that he could not have committed the alleged offence.

He therefore urged the court to admit the defendant to bail on most liberal terms.

Admitting bail to the defendant, Magistrate O. O. Otitoju, granted the defendant to bail in the sum of N200, 000, with two sureties in like sum.

Otitoju also ordered that each of the sureties must be resident in Lagos State and also work for a responsible organisation that is acceptable to the court. The case was subsequently adjourned to September 26, 2018.

The whole saga began on Thursday July 24, 2018 when Ezi-Ashi was taken to Dr. Orji’s Excel Medical Centre at Plot 45, Corporation Drive, Dolphin Estate, Ikoyi, Lagos, as a result of injuries he sustained on his leg while playing basketball.

Without the consent of the boy’s parents, Dr. Orji proceeded to massively sedate the patient and carried out medical procedures, which he is reported to be unqualified to do.

When Ezi-Ashi was brought out of the operating room, he was said to be unconscious and that when he regained consciousness, he complained that the POP was extremely tigh VGt and that he was uncomfortable.

Despite all entreaties to relax the POP, Dr. Orji was said to have refused.

A few days later, on Sunday July 29, 2018, Master Ezi-Ashi was returned to Excel Medical Centre as it had become obvious that the POP was adversely affecting his health. The entire leg was said to have become completely numb as he had become become pale with high temperature with strange fluids oozing from the upper thigh and toes.

The following morning, the patient was subsequently rushed to Reddington Hospital, Lagos where he was immediately taken to the theatre. There, it was discovered that a saw blade was used to cut the POP and in the process, the lower part of his leg, his foot and toes were severely damaged with wide open sores that were at the initial stage of becoming “compartmentalised”.

By August 8, 2018, Ezi-Ashi had undergone four major surgeries as substantial part of his muscles had become dead. A team of two orthopedic surgeons from the United States had to evacuate dead muscles from the leg.

When his condition did not improve, Ezi-Ashi was taken to the United States of America for further medical attention.

As at the time of filing this report, he is still in hospital in the US