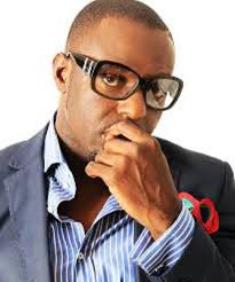 An eye witness, who spoke to AbelNewsng.com, stated that trouble started when the Nollywood actor arrived late to board the Lagos –Abuja flight scheduled to depart at 2:15pm.

The eyewitness added that on arriving at Dana Air counter at the terminal, the airline officials were making frantic efforts to assist him to ensure that he does not miss his flight . But while the officials tried to assist him, the actor wanted to go and board without being screened.

The eye witness stated that it was at this point that the airline’s security officials at the terminal told Jim Iyke that he cannot go ahead to board except he was frisked in accordance with boarding rules.

Instead of surrendering himself to the airline’s security officials to be frisked, he refused and pushed the officer that was trying to frisk him but the airline official insisted that he Jim Iyke must be frisked before allowing him to board..

The incident was said to have infuriated the airline, who called the attention of the Police, who immediately arrested him.

The eye witness said that the embattled actor was asked to make statement before he was allowed to go but that he missed the flight.

The Media and Communications Manager, Dana Air, Mr. Kingsley Ezenwa, confirmed the incident, adding that Iyke eventually missed the flight, which according to him was still on ground when the slapping –incident occurred.

He explained that Iyke was released, after a written, where he apologised to the airline employee for what he did

Ezenwa added that the actor eventually missed the flight, which was still on ground when the incident happened.