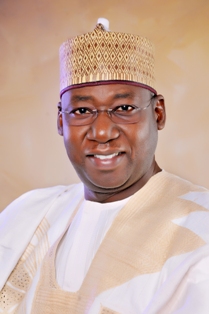 The Governorship Aspirant under the platform of Labour Party, Capt. Ibrahim Mshelia has appealed to the Federal and the Borno state governments to as a matter of urgency fix the damaged part of the Biryel Long Bridge in Bayo Local Government, which has cut off the people from other part of the state.

This is just as he commiserated with Borno State people over the development.

He appealed to the Federal and State governments to swiftly attend to the damaged bridge which hitherto was the only motorable link between Southern Borno with other parts of the state and Gombe State, stressing that the current incident will inflict more hardship on the people.

Though, Mshelia expressed joy that no lives were reportedly lost when the bridge collapsed, he, however insisted that certain parts of the state have been suffering economic hardships for nearly 20years as a result of dilapidated roads and other infrastructural deficits and neglect.

He called for calm and patience, stating that the infrastructural deficits would be strategically handled, as there would be investment in infrastructure and people-oriented programmes once the people look beyond party names and vote right for those that are determined to get the state working again.

According to him, “My heart goes out to the people of Borno State, particularly the areas whose movement and economic activities are now affected as a result of the damage to the Biryel Long Bridge in Bayo Local Government due to the heavy down pour resulting in the flood yesterday which damaged the bridge. We understand the hardship it is going to cost especially for those who have to traverse between those points to meet up their daily economic and social needs. That is why we are calling on the Federal Government of our able President Buhari and indeed the Governor of the state, his excellency Kashim Shettima to rush to the scene and fix the link bridge without further delay so as to forestall further hardship to the people.”

“Personally, I am also calling for calm as things are silently being done under the President Buhari-led administration, this is my personal believe and conviction because things have improved a lot security-wise in the state and the president is silently achieving certain goals, all he needs is the right support, our support as a people not just voting him but insisting he and those he appoints do what is right to get us out of the doldrums,” he said.

Be the first to comment on "Mshelia Appeals To Federal, Borno State Govts. To Fix Biryel Long Bridge"