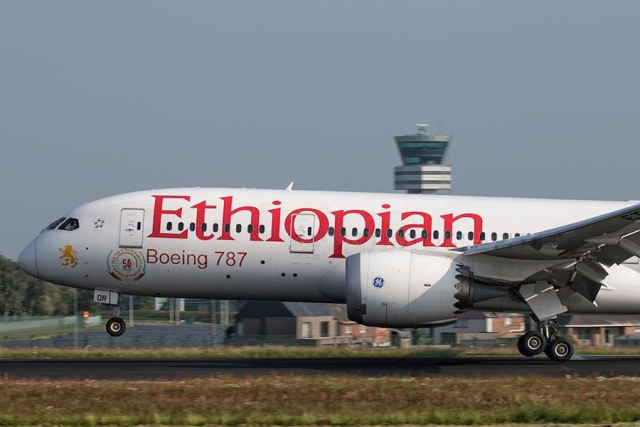 In the 2017/18 fiscal year the number of passengers carried grew by +21per cent  topping the 10 million mark for the first time in the airline’s history and reaching 10.6 million passengers.

During the fiscal year, the airline was given for the first time in its history a 4 Star rating by SKYTRAX, the leading customer service rating organisation in the airline industry, putting it on par with other global airlines. SKYRAX also recognised Ethiopian as Best Airline in Africa; Best Business Class in Africa and Best Economy Class in Africa.
Ethiopian reached and passed the 100th aircraft in service milestone during the year, becoming the first African airline in history to do so.

Recapping the exceptional 2017/18 fiscal year performance, Group CEO Ethiopian Airlines, Mr. Tewolde GebreMariam, said, “It was an exceptional year for Ethiopian with record performance in financial, operational, commercial and customer service areas. This historical performance is, due first and foremost, to the commitment, hard work and competence of my 16,000 colleagues with each one of them at all echelons of the company playing a critical role in this success.  I wish to thank them for their dedication, hard work and contribution in enabling our national carrier to fly high in the sky and defend the colors of our country and our continent. They are the backbone of the airline and the architects of its success. This performance is all the more exceptional given the very tough operating and competitive environment in Africa, where jet fuel price, our main cost driver, has soared during the year and is on average 30% more expensive in Africa, our home market, than in the rest of the world, putting the continent’s carriers at a severe competitive disadvantage. ”

He continued, “This remarkable result was also achieved in the backdrop of aggressive foreign carriers’ penetration into the African market with the African airline industry collectively forecasted to loss money. The historical performance attests the soundness of our fast, profitable and sustainable growth plan, Vision 2025. During the next 2018/19 fiscal year, we aim to further grow our network, introduce record number of modern fleet and greatly enhance the on-ground customer service at our main hub with the opening at the end of 2018 of the newly expanded and significantly upgraded airport terminals in Addis Ababa.”