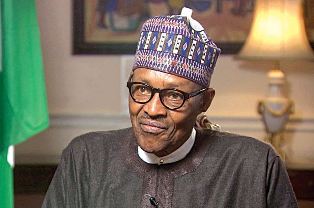 There are mounting litany of woes surrounding the issue of Tourism Master Plans in the Nigerian Tourism environment, as a result of the inability to create the much needed paradigm for the community of tourism professionals, including public and private sector practitioners alike. It is a fundamental principle of development that relevant professional knowledge must become universally evident to a committed body of intellectuals or practitioners, as to generate the needed momentum for its advancement, hence, as the saying goes, there is a paradigm shift.

However, this has never been the case amongst tourism professionals in Nigeria, who continue to grope embarrassingly for some collective perspectives that would serve as useful guides or roadmap for the sector. None exemplifies this forlorn situation more that the lingering quagmire over the nation’s Tourism Master Plan, which has remained on the drawing board for more than a decade, with billions of Naira have been spent on the project, including several workshops and summits, to no avail. These are now like hanging invisible clouds of disdain, despair and defeat, nearing what some would term a jinx, in such a critical sector as tourism that drives major economies.

The above circumstances have long given rise to my various articles designed to interrogate the issues under captions like: “Unending Fumbling With Nigeria’s Tourism Policies”; “Tourism Leadership Vacuum and the Collective Amnesia”;  “Nigeria’s Tourism Illusions and the Harvest of Dummies”. “Taking Nigeria’s Tourism Beyond the Vision of Hoteliers”. “Edem Duke’s Mid-Term Score Card”; including various interviews, especially on the National Tourism Master Plan and the performance evaluation of successive administrations in Tourism development.

Before recalling excerpts from the issues under these provocative headings, it is necessary to quickly address the extant subject matter itself, as to what should be the underlying protocols for the engagement of our tourism master plans – whether at national, regional or state levels. We have used the word “scientific” as a way of stressing what should be a systematic and transparent verification process, as against what amounts to subjectively reaching out for tourism consultants, as if they are products displayed on a departmental store shelf.

The emphasis on a scientific process is because history teaches us the bitter lesson in doing the same thing over and over again, then expecting a different result. In the first place, let us look closely at the “buyers” of the Master Plans, who, in this case, are the various states or Federal Government decision makers, who are usually not familiar with the desired “products”, as in tourism master plans. They usually would never have seen one, except knowing that it serves as a guide to practitioners and investors alike.

Again, tourism master plans are usually not standardised and are geographic or culture-specific, not one size fits all. Above all, the entire transaction processes should by themselves be transformational to the stakeholders, not some sterile research volumes that are produced and then easily tucked away in a drawer or bookshelf, without any societal impact at the end of the expensive exercise. Such should genuinely be loaded with roadmaps and action plans that resonate, alb initio, amongst stakeholders up to the community levels. However, from our collective experience so far, we are invariably left with uninspiring and lifeless documents that never translate to concrete experiences. Should we not wonder then at the inability of tourism administrators to decode and navigate a master plan which they had helped to mid-wife? This is the reason that I have often posited that such scenario only arises if what were sold as tourism master plans actually turned out to be dummies.

We have seen obsession with foreign tourism experts, even when the Master Plan is about “us”, not rocket science. When the World Tourism Organization (WTO) – led consultants who designed our National Tourism Master Plan were on ground, they were accompanied or assisted in the process by so-called indigenous experts. It was expected that optimum transfer of expertise as well as necessary domestication of the products must have taken place. However, where were these same indigenous experts when successive tourism Ministers were being advised by tourism administrators to bring back the same foreign experts to come and decode or guide them through the same Master Plan? Is such not a catastrophic and monumental failing in such a critical sector of the economy? Yet whenever Workshops are being organized on the Master Plan, the same indigenous experts are paraded to pontificate at further fees to a community of tourism professionals and stakeholders who appear not to see the elephant in the room. In some societies or cultures, those responsible for such institutional failings would leave behind an apologetic suicide note, but here in Nigeria, they continue to garner accolades and merit awards.

Many state governments may have already bought such dummies for a Master Plan, while some, such as Lagos and Edo States are at the threshold of engaging the process and should proactively seek to avoid the pitfalls from previous failed experiments. However, in proffering the ideal protocols for scientific engagement of the long delayed tourism Master Plan for Edo State, as currently on the agenda of the incumbent Governor, Mr. Godwin Obaseki, the Association of Tourism Practitioners of Nigeria (ATPN), has submitted what it intends to now serve as a universal template for any such venture in this clime.

In the first place, it is envisaged that any Tourism Master Plan should follow a process that leaves no stakeholder behind and should also be a mobilising force that serves as a catalyst for community / grassroots development. In order to achieve such objectives, there is need for a transparent engagement of bidders who can carry out the sensitive assignment of developing a Tourism Master Plan for the State. According to ATPN, such should begin with an advertised Tender for interested tourism experts with proven roots in the Nigerian tourism industry, to attend a pre-qualification workshop, with synopsis of their respective intellectual properties for attaining an exponential Tourism Roadmap for the State. The selection process should be aimed at setting up a consortium of experts based on relevant proven skills, who would, in addition, be able to carry out the needed human capacity building for the respective State Ministry of Tourism and all relevant stakeholders, as an intrinsic process for ensuring that the administrative setup is able to manage the Tourism Master Plan being conceived.

The process should continue with the presentation of the entire framework and terms of reference for the approved consortium for the development of the Master Plan, to a forum of wide tourism stakeholders for enlisting their understanding, facilitation, participation and, importantly, for creating a sense of ownership, since they are to key into it. ATPN has deemed it imperative to proffer these recommendations in view of the huge knowledge gaps and discrepancies that abound in tourism development in this clime, as well as the regular instances in which dummies are sold in the name of tourism master plans – such that can neither fly, nor be domesticated and end up on book shelves, after incurring huge expenses.