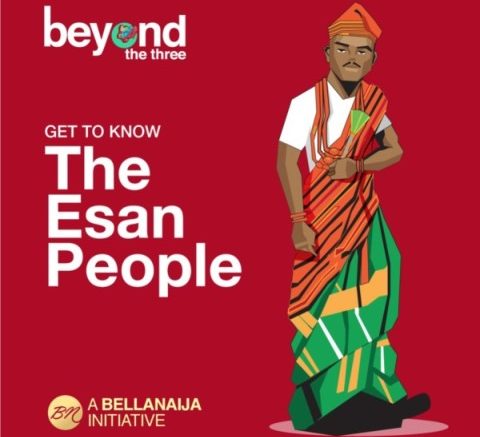 The Esan National Congress (ENC),a body representing  the interest of the Esan people in the Central Senatorial District of Edo State, has vehemently rejected the establishment of cattle ranching /colony in their ancestral land.

At an emergency meeting in Ubiaja the headquarters of Esan South East Local Government, last week, the ENC stated that it would not allow the Federal Government and the Edo State Government to take their ancestral land from them under any guise.

According to ENC, Esan people have suffered enough losses from the activities of the Fulani herdsmen, who have killed no fewer than 20 people in their area.

The group alleged that the Fulani herdsmen, who are supposed to be rearing their cows now rape their women/girls, destroy their farm lands and crops and above all they have turned Esan land to the den of kidnappers of innocent people and making the people to be live in fear.

Speaking at the gathering, a business man and Convener of the meeting, Chief Omon Aisagbonhi, called on all Esan sons and daughters home and abroad and irrespective of their various political lining to join hands together to put an end to the lingering Fulani herdsmen heinous activities in Esan land.

According to him, “We can no longer fold our hands and watch our women/daughters being raped and our farmers abandoning their farms for fear of attacks by Fulani herdsman, who now occupy all the forest in the land.

A communiqué issued at the end of the meeting in Ubiaja, the Esan People resolved as follows:

5.That in view of the attendant effect of cattle ranching/colony in our immediate surrounding and external environment in Nigeria, where farmers and other citizens have been and are being killed, maimed or kidnapped daily by supposed pastoralists/ herdsmen, Esan people say No to any attempt to use its land or territory for cattle ranching /colony.

To buttress its point, the Esan National Congress cited the killing in Ugboha recently of five young men including a first year student of Ambrose Alli University Ekpoma.

That incident alone had over 12 people hospitalised as a result of the attacks from the herdsmen, adding that in Ewu and Ekpoma, women were raped and killed.

ENC stated that one of the women who, was pregnant as at the time of attack was killed and the baby in her womb removed by these killer Fulani herdsmen.

The group also cited the case of two young men of the same parents in Okhuesan, who almost lost their lives but now handicapped as a result of the gunshots they received when the herdsmen attacked their homes in the midnight.

Following the killing and raping of women in Ekpoma recently the women in their hundreds came out to protest to the local government chairman and the traditional ruler, the onojie of Ekpoma. They called for the eviction of the herdsmen from their land.

The women contended that they cannot be strangers in their own land while the Fulani, who are supposed to be foreigners, take over their land.

Recalled that the Federal government of Nigeria recently unveiled a 10years plan to establish ranches across the country with Adamawa, Benue, Ebonyi, Edo, Kaduna, Nasarawa, Oyo, Plateau, Taraba and Zamfara. The plan which is to gulp a whopping N179billion according to the government is to solve the lingering crisis between herdsmen and farmers leading to the several deaths and displacement of thousands of people now taking refuge in IDP’s scattered all over the Northern Parts of this country.

The notoriety of herdsmen in Nigeria has become so devastating to the extent that farmers abandoned their farms for fear of being killed.

This has led to the high cost of yams and other food items in the country.

Today, one yam tuber that used to cost between N200-N400 now goes for more than N2,000, thus resulting in the disappearance of most food items from the table of Nigerians.

In every town or community, there are bizarre stories to tell by the people, who have suffered one form of hardship or the other.

In Delta for instance, farmer are asked to pay a token for them (farmers) to have access to their farms.

The assault on the women by way of raping and killing led to the protest of women who blocked the highways to protest their rejection of herdsmen in their land.

In Akwa-Ibom, Bayelsa, Enugu, Ebonyi and the various states, the story is the same.

Children have been withdrawn from schools in most parts of Northern states as a result of the activities of the herdsmen,who have taken over the land everywhere.