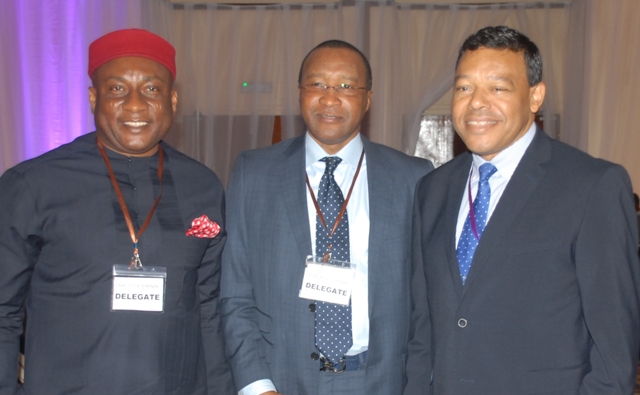 The Chairman of Air Peace Mr Allen Onyema has called on the Federal Government to protect domestic airlines in the country from the invasion of foreign airlines, who he said have invaded the domestic market.

This is just as he warned that allowing international airlines to originate their flights from Nigeria is a rape of the country’s economy.

Onyema , who spoke at the 22nd League of Airports and Aviation Correspondents(LAAC), Annual Seminar held at Sheraton Hotel, Lagos, argued that a situation where foreign carriers operate to five cities in the country would deprive the domestic airlines revenue, which according to him amount to huge capital flight.

Onyema, who also doubles as the Chairman of the occasion, stated that the granting of multiple entry points to foreign airlines would lead to untimely demise of domestic airlines in the country.

The Air Peace boss called on the Federal Government to improve the poor and decaying airport infrastructure across the country, as the provision of these facilities would further boost safety in the sector

On the way forward for the domestic carriers, Onyema said that interlining is the best way to go for the industry, but that the idea is hindered by lack of trust, suspicion and lack of co-operation among the airlines.

Commenting on the controversial proposed new new national carrier, Onyema said that establishing a national airline is a welcome development but quickly added that there must be transparency in the process and a level playing field for other operators in the industry.

Onyema contended that since the airline was going to be a private sector owned and driven, no preferential treatment should be given to the carrier to detriment of other operators, who are also private sector investors and who have invested their resources in the industry.

Air Peace Chairman said other airline operators should be given the same concession, privileges and rights given to new carrier, adding that no domestic airline should treated preferentially

He stated that President Muhammadu Buhari would not like to kill or frustrate the country’s already existing domestic airlines, adding that domestic airline should be allowed to exist side by side with the proposed national carrier.