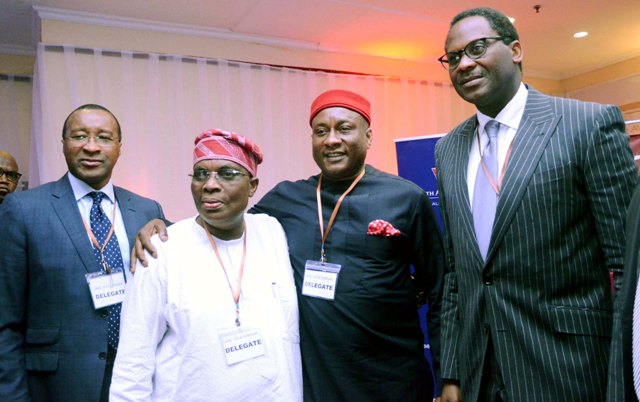 The Chief Executive Officer of African Aviation Services Limited, Mr. Nick Fadugba has advocated for cooperation, collaboration and a win-win partnerships in the Nigerian aviation in particular and African aviation industry in general .

He stated this while speaking at the 22nd Annual League of Airport and Aviation Correspondents (LAAC) Seminar at the Sheraton Hotel Ikeja, Lagos.

The Seminar with the on the theme, Financing Aviation Development through Private Sector Partnership, attracted stakeholders from both within and outside the industry, experts and stakeholders .

Presenting a paper titled,” Key to Survival of Domestic Airlines” Fadugba posited that the best way forward for Nigeria’s aviation sector is through cooperation, collaboration and a win-win partnership and that partnersip is critical to the survival and growth of the industry..

He added that aside from that the government must create a conducive atmosphere for airlines to thrive.

Fadugba said that for Nigeria airlines to compete with other airlines in the globe, the is the need for interlining, code sharing, joint operations among the airlines, partnerships and corporations with leasing companies,  banks among others.

The CEO of African Aviation Limited contended that no government in the world allows foreign airlines control 90 per cent of her air traffic.adding that there are lots of uncertainties in the industry concerning the new national carrier

.He advised domestic airlines in the country to partner among themselves to build a national hanger in the country, calling on the Federal Government to adopt the Singaporean and Dubai models in the country’s aviation industry.

On his part, the Director General  of the Consumer Protection Council, CPC, Babatunde Irukera stated that one of the ways of boosting the confidence of the aviation industry is through perception since the industry is perceived in some quarters to be unsafe.

Safety, Irukera said is the second area that will help to boost confidence in the aviation industry as tourists, who may be going for vacation may not fly if they do not feel safe.

He said the whole essence of consumer protection is the protection of the citizens, adding that there is operator’s failure and complicity in regulatory compliance.

He posited that no amount of challenge or constraints constitute an excuse to delay passengers, adding that

CPC and the Nigerian Civil Aviation Authority (NCAA) but that they complement each other in different areas to make the industry safer and in the interest of air travellers.

Be the first to comment on "Fadugba Advocates Cooperation, Partnership Among Domestic Airlines For Survival"