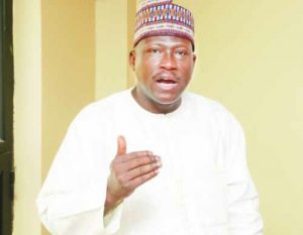 The President of the Federation of Tourism Associations of Nigeria (FTAN), Alhaji Saleh Rabo has said that FTAN decided to wade in and settle the disagreement among members of the National Association of Tour Operators (NATOP)  because of the importance of tour operators to the growth and development of tourism in Nigeria. He said the industry cannot develop under such acrimonious atmosphere hence the decision by him and stakeholders in the tourism industry to call the warring party to a peace meeting and make peace.

FTAN had waded in and resolved the crisis that bedeviled one of the federating associations, the National Association of Tour Operators (NATOP), over the association’s recently conducted elective Annual General Meeting (AGM) held in Jos, Plateau State.

Rabo, the chairman of the reconciliatory committee appealed to both parties to be calm and matured in their presentations, stating that the reason for the meeting was to proffer a lasting solution to the crisis on ground. He said the development of the tourism Industry in Nigeria is hinged on the cooperation and peace existing among tour operators as they are considered as one of the determinants of success in the tourism industry in Nigeria. After reading the petition of the aggrieved party and giving opportunity for both parties to state their positions, the committee called for a break.

Upon resumption from the break, the chairman thanked everybody for comporting themselves throughout the hearing. He once again appealed that both party should accept whatever resolution that will be reached in this meeting and there is no victor no vanquish, that is a win-win situation

The reconciliatory committee after looking at NATOP’s constitution, resolved that the committee has looked at the constitution, that a quorum was formed for the AGM based on the constitution; on the issue of the account, the committee resolved that the executives should go back and do a proper account which must be prepared by an external Auditor and presented and circulated to all members; on the Election, the committee recommended that there should be give and take and each party should be ready to sacrifice. Therefore since there are other positions yet to be occupied, they recommended the following: Mr. Efetobor should assume the office of the Publicity Secretary; Mr. Lawal Abiola should accept the position of an Ex-Officio while Mr. Sanni will be on the Board of Trustee of NATOP.

The Committee Chairman added that the executive should meet and decide whether to continue with the present executives for the next two years or call for another early election. He said that FTAN shall be invited to such meeting and that the minutes of the meeting shall be submitted to FTAN for follow-up.

On the 10 million Naira donation, it was established that there was no such donations from Plateau State government.

In his final remark, the Chairman thanked everyone for their time. He also encouraged members to pay up their dues as at when due because that is the only way the association can survive. He also advised that they should hold meetings regularly and ensure that proper minutes are taken and circulated to members.