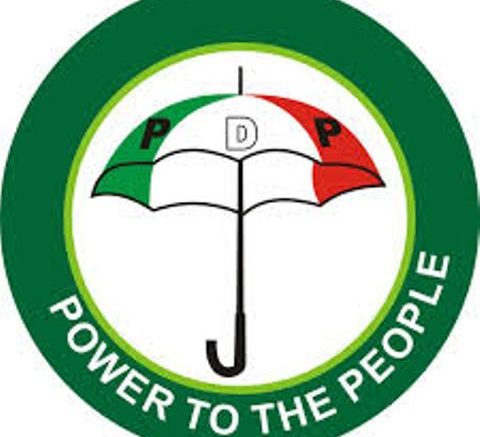 Hope of the Ondo State Chairman of Peoples’ Democratic Party (PDP), Mr. Clement Faboyede, and the Director-General of the party’s Campaign organization, Modupe Adetokunbo to temporary regain their freedom, was dashed on Tuesday, as Justice Muslim Sule Hassan ordered that they should remanded in prison custody till July 19 when the court would rule on their bail application.

Clement and Adetokunbo, were arraigned before Justice Saliu Saidu, of the same court, on June 29, by the Economic and Financial Crimes Commission (EFCC), over alleged N500 million fraud.

Particularly they were alleged to have collected the sum of N500m from the former Minister of Petroleum Resources, Deziani Alison Madueke for the purpose of rigging the 2015 general election in Ondo State.

Justice Saidu, had on June 29, after their arraignment, ordered that they should be remanded in prison pending their trial, slated for September 19.

Arguing their motion for bail, Mr. Eyitayo Jegede (SAN) said its essence is to secure their temporary release from detention pending their trial.

He also urged the court not to subject the defendants’ bail to any verification by the prosecution.

“My lord, the essence of this motion is to seek the temporary release of the defendants pending trial. They were given administrative bail by the EFCC during investigation and they never jumped bail. I urged the court not to grant bail on excessive conditions but on liberal terms and possibly on self-recognisance.

“In the event that the court is inclined to grant the bail, it should not be subjected to any verification by the prosecution as this may be a cog wheel to the speedy administration of bail to the defendants”, Eyitayo (SAN), stated.

He argued that the depositions in support of the motion were in violation of the law.

“The quality and quantity of evidence as shown in the proof of evidence positively linked the defendants to the alleged offence. Besides, the offences for which the defendants are standing trial are serious felonies and becoming rampant.

“The defendants were granted administrative bail during investigation so as not to breach their fundamental human rights but this was revoked prior to their arraignment”, he said.

After listening to the submissions of parties, Justice Hassan reserved ruling on the motion till July 19.

Be the first to comment on "N500M Fraud: Court Returns Ondo PDP Chairman, Other To Prison"