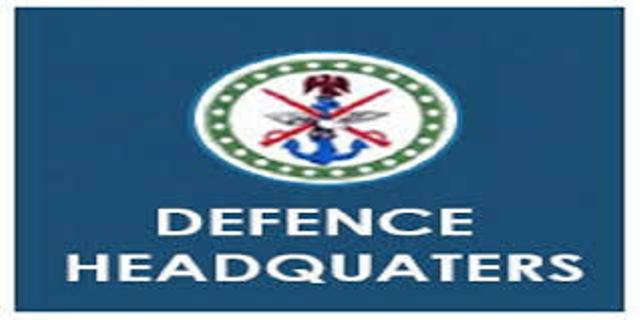 A Federal High Court, Lagos, today, ordered that the sum of N200 million, fraudulently warehoused in some commercial banks by two military officer, and their three companies, to be forfeited in the interim to the Federal Government on Nigeria, pending the outcome of investigation on it.

The said money, according to the Economic and Financial Crimes Commission (EFCC), was fraudulently withdrawn from the Defence Headquarters Over-Head Expenses Accounts by the two officers and their companies.

Justice Sule Hassan, who presided over the court, ordered that the said sum, in the interim be forfeited to the Federal government of Nigeria, pending the conclusion of investigation, after listened to the submissions of Mr. Nkereuwem Mark Anana, the EFCC lawyer, who moved an exparte application for the order.

In urging the court the EFCC attached with the exparte application marked FHC/L/CS/1094/18, an 18-paragraph affidavit, two exhibits and a written address.

The EFCC in an affidavit deposed to by one of its operative, Clever Ibrahim, averred that the two military officers, Adamu Bello Argungu and John Onimisi Ozigi are of the Nigerian Army and Air Force respectively, who made several unauthorized withdrawals from the Defence Headquarters Overhead Expenses Account.

He stated that though, a post-no-debit have been placed on the accounts by the provision of section 6(5) of the Money Laundering and Prohibition Act, 2011, which had lapsed after 72 hours, and that the order of the interim forfeiture was sought to debar the respondents from tampering with the money.

Be the first to comment on "2 Military Officers, 3 Firms Temporary Forfeits N200M To FG"