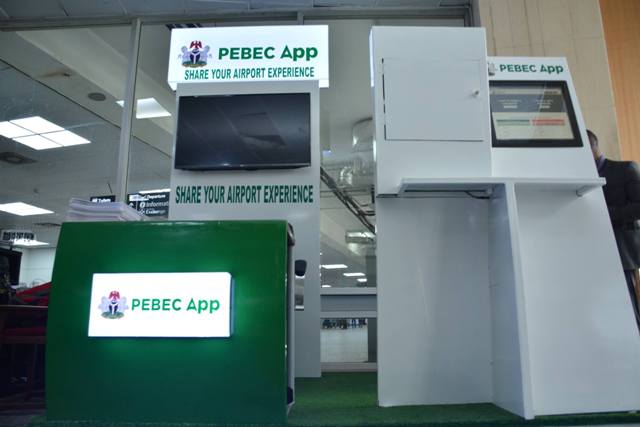 The Federal Airports Authority of Nigeria(FAAN) has unveiled an application, initiated by the Presidential Enabling Business Environment Council (PEBEC) for service users to give feedback about the quality of services being rendered by government agencies at the nation’s airports.

An online statement issued by the General Manager, Corporate Affairs, Mrs. Yakubu Henrietta, said the  commissioning of the APP was held today at the E – Arrival of the international wing of the Murtala Muhammed Airport(MMA), Lagos.

FAAN added that with this initiative, passengers and the general public can now register their complaints or commend the quality of services being rendered by government agencies at the airports, with the assurance that such complaints will be attended to and resolved within 72hours, in line with the provisions of Executive Order 1 of the Federal Government of Nigeria. In her speech, the Senior Special Assistant to the President on Industry, Trade and Investment, Dr (Mrs.) Jumoke Oduwole who commissioned the PEBEC desk noted that the initiative will usher in efficiency, probity, accountability and eliminate corruption in our service delivery, as customers now have a veritable and reliable tool to make their experiences known while using our facilities.

She expressed her delight at the fact that you can download the application on your smart phone @ www.PEBEC.support and send in your comments without any hindrance.

Oduwole while encouraging the general public to also make use of the facility when there is need for  commendation also advised all government agencies to key into and support the initiative. The focal person of FAAN PEBEC team, Mrs. Olusola Awe, who spoke on behalf of FAAN and other agencies at the airport commended the initiative and thanked all agencies for supporting the project.

She noted that the facility will enhance the Ease of Doing Business in Nigeria and also help us to improve on our service provisions.