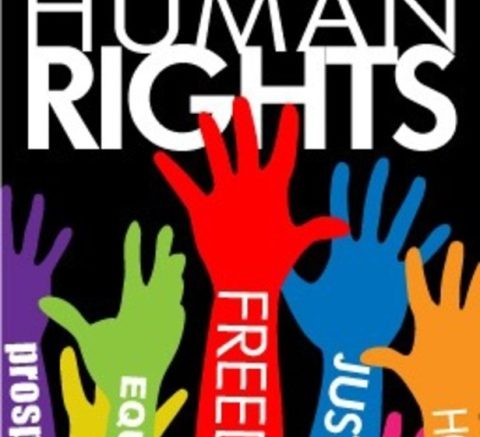 A Federal High Court, Lagos, on Friday, awarded the sum of N1 million damages against the Nigeria Police Force (NPF) for breaching the rights of six men.

The court presided over by Justice Chuka Obiozor, awarded the one million naira damage sum against the police while delivering judgment in fundamental rights enforcement suit instituted by the men against the police.

The applicants had asked the court for a declaration that the invasion the church premises on September 4, 2015, by the police and their subsequent arrest, torture, humiliation, parading and detention as members of dreaded Boko Haram Sect, is arbitrary, unlawful, gross abuse of their fundamental rights of liberty and dignity of human persons.

The applicants also asked the court for a declaration that the used of the police to arrest, detain, terrorize, assault, torture, humiliate, harass and their subdue as members of dreaded Boko Haram sect, at the instance of church , the Presiding Bishop and officiating Pastor in order to forcibly remove or eject them from the church premises is arbitrary, unlawful, and violation of their rights as enshrined under the 1999 Constitution of the Federal republic of Nigeria.

They also asked the court for an order for the payment of N200 million by the church and its officials for labelling them as members of the Boko Haram sect seeking refuge in the church an information that  was false in entirety, and apology which should be published in three daily Nigeria newspapers.

While the church filed preliminary objection and counter affidavit in opposition to the applicants’ suit, the fourth to seventh respondents (the police) did not file any process before the court.

Delivering judgement in the suit on Friday, Justice Obiozor, while dismissing applicants’ suit against the first to third respondents (church), held that the applicants did not present before the court any documents to show that they were members of the church which would have entitled them to damages against church.

However, the trial judge said that for the fourth to seventh respondents not to have file any counter to the applicants’ suit amounted to admittance that they actually committed the act complaint against the applicants.

The judge therefore awarded N1 mill damages against the police in favour of the applicants jointly and severally.

“I hold that the fourth to seven respondents denied the applicants of their right to human dignity, for releasing tear gas on them, chaining their hands together and causing the applicants to squirt under the rain at the full glare of the public at the police station, this is not acceptable and it is a breach of section 34 of 1999 Constitution. For this, the applicants are entitled to compensation from the police.

“Consequently, I award damages in favour of all applicants against the police jointly and severely in the sum of N1 million”, Justice Obiozor ordered.