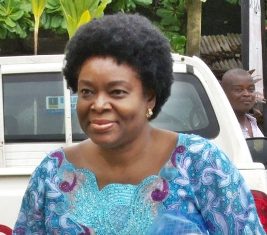 As the trial of former Minister of State for Federal Capital Territory, Oloye Jumoke Akinjide and two others over alleged fraud continued, an investigator with the Economic and Financial Crimes Commission (EFCC), Usman Zakari, yesterday told Justice Muslim Sule Hassan of a Federal High Court in Lagos that the N10 million bank draft received from Hon. Aliyu Pategi, the husband of a former Minister of the Federal Capital Territory, Jumoke Akinjide, was part of the N650 million traced to her and two others.

Zakari made the disclosure while testifying in the trial-within-trial ordered by the court to determine the veracity of claims by the former minister and her co-accused that all their statements to the anti-graft agency were made under duress.

While being cross-examined by Akinjide’s lawyer, Chief Bolaji Ayorinde (SAN), the witness said the N10 million deposit payment was not the condition upon which Akinjide was released.

He said: “On August 9, 2016, the first defendant(Akinjide) and her husband, Aliyu Pategi, were present throughout. I did not ask Pategi to make payment to ensure the release of the first defendant. Pategi reported to the EFCC’s office on August 10, 2016 alongside his wife. Neither myself nor any member of my team interviewed him on the said date. He however made a statement”.

Speaking further, the witness said: “It is not correct to say that the only relationship and connection Pategi has to this case is that he is only the husband of the first defendant. The first connection of Honourable Aliyu Pategi, to this case is that he took the first defendant on bail. The second connection was that on August 10, 2016, he volunteered a Sterling Bank Plc draft of N10 million on behalf of his wife as part payment of the N650 million that was traced to her and her co-accused”.

Zakari further disclosed that the other part of the money is yet to be paid.

“The N10 million was paid by the first defendant’s husband on her behalf and the remaining N640 million has not been paid”, he said.

When told by Akinjide’s lawyer that the balance has been paid, Zakari said: “I am aware that the sum of N640 million was received from the first defendant in Stanbic IBTC Bank draft in another case investigated by a team tagged, HOPST, which was headed by one, Shuaibu Shehu”.

The witness added that he did not endorse or counter-sign the statements because they are not confessional.

The three accused persons were alleged to have conspired together and directly take possession of N650million, which they reasonably ought to have known was part of proceeds of an unlawful act, and without going through a financial institution.

The accused persons were alleged to have received the money former Minister of Petroleum Resources, Mrs Diezani Alison-Madueke, named in the charge as being at large, ahead of the 2015 general elections.