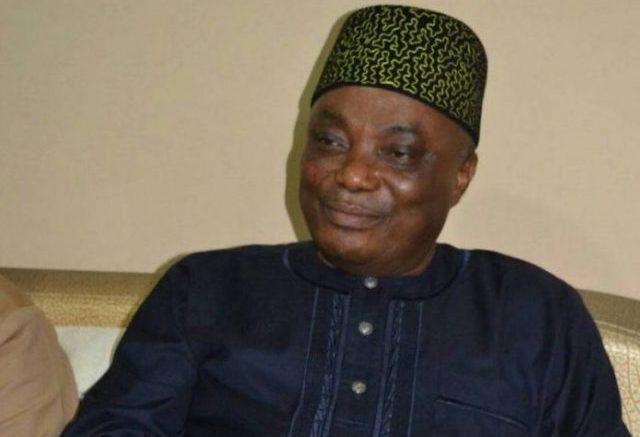 The trial of a Peoples’ Democratic Party Senator, Peter Nwaoboshi, continued today at the Lagos Division of the Federal High Court with the prosecution presenting two witnesses.

Senator Nwaoboshi, ( PDP, Delta North) is facing a two-count charge of conspiracy and money laundering instituted against him by the Economic and Financial Crimes Commission (EFCC).

Count one of the charge accused the senator and Golden Touch Construction Project Ltd of fraudulently acquiring a property known as Guinea House situated at Marine Road, Apapa in Lagos, between May and June 2014, at a cost N805 million.

The charge stated that the defendants ought to have known that N322 million out of the purchase price formed part of the proceeds of an unlawful act under the Money Laundering (Prohibition) Act.

Prince Kpokpogiri, the first prosecution’s witness while being lead in evident by EFCC counsel, Mr Wemimo Ogunde SAN , said he wrote a petition to the EFCC after he received an anonymous call and some documents at his office in Asaba, Delta State.

He said he was subsequently invited by the EFCC to Abuja to come and adopt the petition.

During cross examination, the witness said his petition did not contain a list of the firm’s Board of Directors because it was not mandatory.

He also said it was not his duty to investigate the contents of his petition before forwarding to the EFCC.

“I only investigated by going through the documents. I did not contact the defendants because it is the work of the EFCC.”

Anthony Idigbe, a Senior Advocate of Nigeria, accused the witness of being an agent of the EFCC.

“I also put it to you that apart from the fact that you did not investigate the documents, you did not also take any step to verify the facts stated in the petition,” Mr Idigbe said.

While giving his evidence, Murtala Abubakar, the second prosecution’s witness, said Suiming Electricals Limited, the third defendant, applied for a loan at the Nigerian Export Import Bank in December 2013, and it was approved in April 2014.

Abubakar, the Head of Enterprise Risk Management unit at the bank, said Mr Nwaoboshi was a former board member of the bank.

He added that while the meeting to take a decision on the loan request was being held, Nwaoboshi indicated his interest in the transaction and was recused from the deliberation.

The Senator is a director at Bildeberg, a holding company, which has the majority shareholding in Suiming Electricals Nigeria Limited.

Abubakar said the EFCC made five requests to the bank on Suiming Electricals, starting from June 2017, in respect of the loan transaction granted to the company.

He further stated that the company met all the bank’s conditions before the loan was disbursed.

The witness said although the third defendant had repaid over ₦1 billion of the loan, it is still a non-performing one.

“The loan facility is for five years,” Mr Abubakar said.

Ogunde requested for an adjournment to enable him assemble the remaining four witnesses.

Be the first to comment on "Money Laundering: NGO Director Testify In Senator Nwaoboshi’s TrIal"