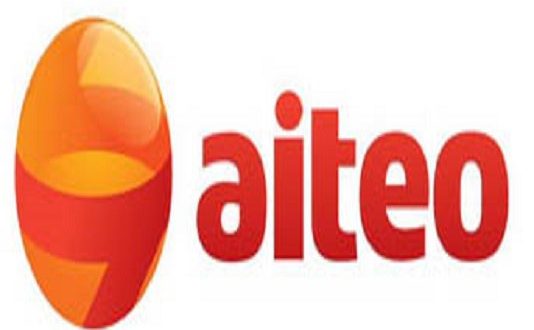 A Federal High Court sitting in Lagos today adjourned till September 27, 2018 judgement in the  Fundamental Rights suit filed by a limited liability company, Aiteo Energy Resources Limited and three officials of the company against the Economic and Financial Crime Commission(EFCC), over allegation that the company  laundered $300 million for the former Minister of Petroleum Resources, Dieziani Alison Madueke.

Other applicants in the suit are: Tunde Akinpelu, Ewariezi Useh, Barrister Oladele Awonuga, while EFCC Deputy Director of Operations Iliyasu Kwarbi and the Attorney General of the Federation are respondents in the suit.

The Presiding Judge, Justice Oluremi Oguntoyinbo adjourned for judgement after counsel for the two parties have adopted their written addresses on the matter.

In an affidavit sworn to by a staff of Aiteo Company Limited, Mr Oladele Awonuga and filed before the court, he averred that by a letter dated May 9, 2016 and signed by Illiyasu Kwarbi, EFCC informed one of the applicants, Tunde Akinpelu that it was investigating a case in which Benedict Peters featured and requested Akinpelu to release the said Benedict Peters for interview

Akinpelu in the affidavit further said that at that material point in time, Benedict Peters was on medical vacation overseas and the officer, who brought the letter was so informed.

He said the anti- graft agency was told via a letter too that Benedict Peters will make himself available when he returns.

The deponent added that on June 2, 2016, EFCC invaded the business premises of Aiteo Company Limited at 5/7 Dockyard Road Apapa, Lagos State without any prior notice with armed men.

”The business of the company was disrupted. Thereafter, Tunde Akinpelu and Ewariez were arrested without any warrant of arrest, but were later told that they will be released if and when Benedict Peters showed  up at their 15A Awolowo Road Ikoyi, Lagos but  latter released”.

The deponent said averred further, that in view of the dehumanising manner they were treated like a common criminal, they (applicants) are now demanding the sum of N10 billion as general damages for the breach of their fundamental rights

However, in a counter affidavit in opposition to the suit sworn to by an operatives of the EFCC, Usman Zakari, and filed before the court, the deponent averred that sometime in 2016 EFCC received an intelligent report relating to allegation of conspiracy, stealing and money laundering involving the former Minister of Petroleum Resources, Mrs Dieziani Alison Madueke and other persons including one Benedict Peters of Aiteo Energy Resources Limited which his team was detailed to investigate.

Zakari added that the commission interviewed officials of the aforesaid Public and institutions and other third persons of interest, adding that investigation conducted so far revealed that.

He said that Benedict Peters is the Chairman Board of Directors and Chief Executive Officer of Aiteo Energy Limited and Northern Belt Oil and Gas Company Limited.

The EFCC also denied ever invading the premises of Aiteo Company Limited, nor ever detaining their officers or harassing them.

Benedict Peters is a staff, Chief Executive and Chairman of the board of Directors of Aiteo Energy Resources Limited.

The anti -graft agency said that when it was apparent that Benedict Peters was not willing and ready to honour the EFCC invitation, the commission approached a Chief Magistrate Court in Ikeja, Lagos who duly issued warrant for his arrest.

Zakari contended that the applicants are using this suit as a decoy to frustrate the investigation of Benedict Peters by EFCC, as the commission was only carrying out its statutory responsibilities in line with her extant establishment laws

The commission therefore urged the court to dismiss the suit with punitive cost.