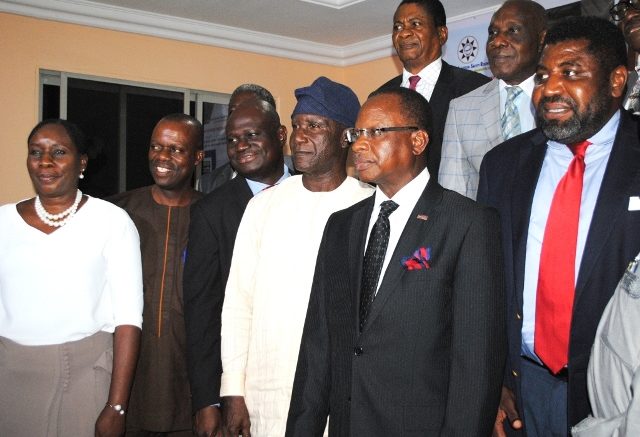 The Nigerian Civil Aviation Authority (NCAA) has disclosed that the total value of ticket sales for both domestic and international passengers in 2017 stood at ₦505,170,290,201.40.

This is just as the agency said it sanctioned 15 pilots, five cabin crew, four engineers and among others over safety issues.

The Director General of NCAA, Capt. Usman Muhtar, disclosed this while speaking today at the Aviation Safety Round Table Initiative (ASRTI) Quarter 2 2018 Quarterly Business Breakfast Meeting (BBM) with the theme, “Evacuation of Safety and Security Performance of Aviation Agencies in the Last four Years”

The Director General, who was represented by the Director of Consumer Protection, Adamu Abdulahi said that ₦422,406,603,900.3 was the total value of tickets sold from January to December 2016.

The achievement, the agency stated was due to stable Forex regime, effective implementation of Executive Order and resumed flight activities to Maiduguri

Meanwhile, the agency said that from October 2014 to December 2017, a total of 90 sanctions were applied on aviation professionals working in the Nigerian aviation industry.

The agency stated that there would be no going back sanctioning erring aviation professionals, airline and other aviation related service providers.

In 2018, NCAA said its target would be to increase passengers’ confidence in the air transport sector, sustain zero accident, continuous oversight and safety surveillance and improved safety.

Other targets for this year are: migration of licences to card type with biometric features, to ensure that 23 airports are Performance Based Navigation compliant, strengthen super structure of safety, make aviation security paramount, collaborate with airlines to key into Single African Air Transport Market (SAATM) .

Earlier, the Chairman of the event, Prof. Anthony Kila said that without safety and security there would be nothing to talk about in the aviation sector.

He added that all the stakeholders in the industry ranging from airlines, service providers, and aviation agencies have common interest and bond which is safety and security.

On his part, the President of ASRTI, Mr Gbenga Olowo stated that the essence of the August gathering today was to look at the Key Performance Index (KPI) of the agencies in the industry and what stakeholders can measure these agencies with.

Olowo added that today the nation has no national carrier, what is the industry doing about airlines that are dying in droves, what are the objectives stakeholders set last year and how far these objectives have been achieved.

According to him, “What we are here for today is to talk about measurable deliverables”