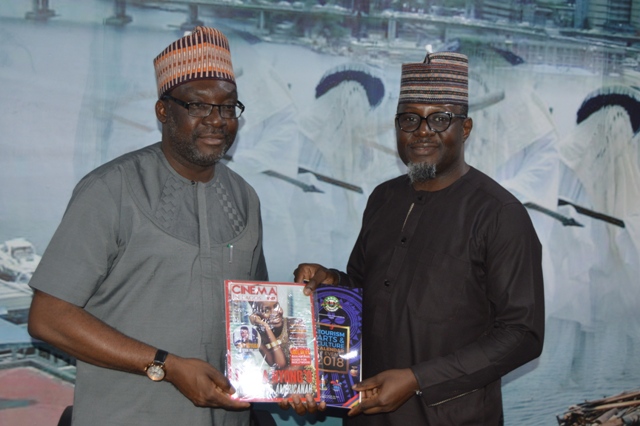 …Says It Is The Most Organised Tourism Trade Association In Nigeria

Lagos State Government has stated that the state government would as matter of urgency initiate visible partnership platforms that would enthrone effective utilisation of NANTA’s local and international reach and experience in marketing Lagos as Africa’s must visit destination.

This is just as it commended the strategic efforts of the National Association of Nigeria Travel Agencies (NANTA) to rid the travel trade sector of fraudsters.

The Commissioner of Tourism, Lagos state, Steve Ayorinde, who said this during a visit to his office by NANTA President, Mr Bankole Bernard and his entourage.

He also noted that NANTA is the most serious and organised travel and tourism trade body in Nigeria.

Ayorinde noted that NANTA has shown through its determination to have an enabling regulatory act to guard its membership and an industry identification card as a signs of a serious and well focused association, which deserves support and encouragement from any serious tourism facilitator or state.

According to him NANTA has demonstrated capacity to lead the industry through brilliant and many commendable projects under Bankole Bernard’s leadership, which stands it out among the many nebulous tourism associations in Nigeria.

“In the many associations in tourism industry NANTA to me stands out and we are going to encourage and work with NANTA to build and create a new Lagos tourism. Indeed, we were once on course in this direction but the relationship nosedived but am happy today that we are back on the same page”, Ayorinde stated.

Earlier in his welcome address, NANTA President, called on the commissioner to aggressively rebrand Lagos and push ahead creative ideas that would stand out Lagos as the most populous destination in Africa with concrete marketing offices in New York, Jo’burg, London and Dubai.

According to him, “We appreciate all the infrastructural drive of Lagos governor to better Lagos tourism tomorrow, particularly in having an agency solely devoted to the promotion of Lagos tourism products but again we caution that all inputs must be evaluated to avoid the pitfalls associated with past efforts in this quest.”

Bernard congratulated the commissioner for his noticeable and well intentioned efforts to change the narrative of Lagos tourism since he came into office few months ago, urging him to keep the fire burning.

He added that “the presentation of the Lagos master plan, the new tourism promotion agency and even the frontline partnership with the federal government to organize a very successful 61st UNWTO conference are critical inputs that show that you have the ears and support of the governor to push Lagos tourism into the consciousness of local and international visitors and investors.