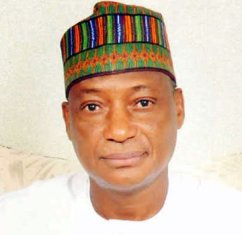 The Senate Wednesday asked the Minister of Defence, Mansur Dan-Ali, to immediately withdraw his statement seeking the annulment of Anti-Open Grazing Law enacted by some states.

According to The Nation, this is coming less than 24 hours after the Federal Government restated its position that the enactment of Anti-Open Grazing Law in Benue and Taraba State was the main reason fueling unabating killings in the states.

The upper chamber adopted a resolution asking Dan-Ali to withdraw what it described as inaccurate assessment of the cause of killings in parts of the country without delay.

The lawmakers insisted that State Houses Assembly like the National Assembly have the right to make laws for the good governance of states especially under the Land Use Act of 1977 as it has to do with land matters.

Dan-Ali, had in a statement signed by Colonel Tukur Gusau at the end of a lengthy security meeting, chaired by President Muhammadu Buhari on Tuesday, said that there was “the need to employ other channels with the affected states to reduce tension by suspending the implementation of the Anti-Open Grazing Law while also negotiating safe routes for the herders.”

The minister’s statement was said to be part of the resolutions reached at the Security Council meeting, which had all the security chiefs in attendance.

Abia State is said to have also adopted the same law.

The resolution to demand the withdrawal of the minister’s statement for the abrogation of the law followed the adoption of a motion by Senator Barnabas Gemade (Benue North East) on the need for Dan-Ali to be made to withdraw the statement.

The Nation quoted Gemade as saying that the enactment of the law by some states did not in any way contravene the constitution of the country.

He noted that the position that the enactment of the law by Benue and Taraba was the cause of killing in part of the country does not hold water.

Gemade noted for instance that massive killings have been going on in Zamfara State that did not enact the Anti-Open Grazing Law.

He said that the implication of Dan-Ali’s statement was that the federal government has not been able to find out the cause of killings in the country.

The Cross River Central lawmaker noted that killings had been going on for years before some states enacted the Anti-Open Grazing Law.

Enoh said: “If killings have been going on for over seven years, I don’t think going against anti-grazing laws will be the solution. It is unfortunate that after a security meeting, the only solution they could come up with was a ban on anti-open grazing.

“Sometimes, we begin to wonder if these herdsmen are being protected. The Senate needs to rise up and make a statement that the anti-grazing law is against not responsible for the killings. It also means that these people in authority still don’t have any solutions to these mindless killings.”

Senator Emmanuel Bwacha, (Taraba South) added that Zamfara State, where the Minister of Defence hails from, did not have any anti-open grazing law.

Bwacha said that it is on record that Zamfara state has the highest number of killings carried out by herdsmen.

He said, “The Minister of Defence is from Zamfara State. There is no anti-grazing law there. But there are more killings there than you have in Benue and Taraba. Even in my state of Taraba, five people were killed by herdsmen. I don’t know if these people are killed by Libyan trained terrorists.”